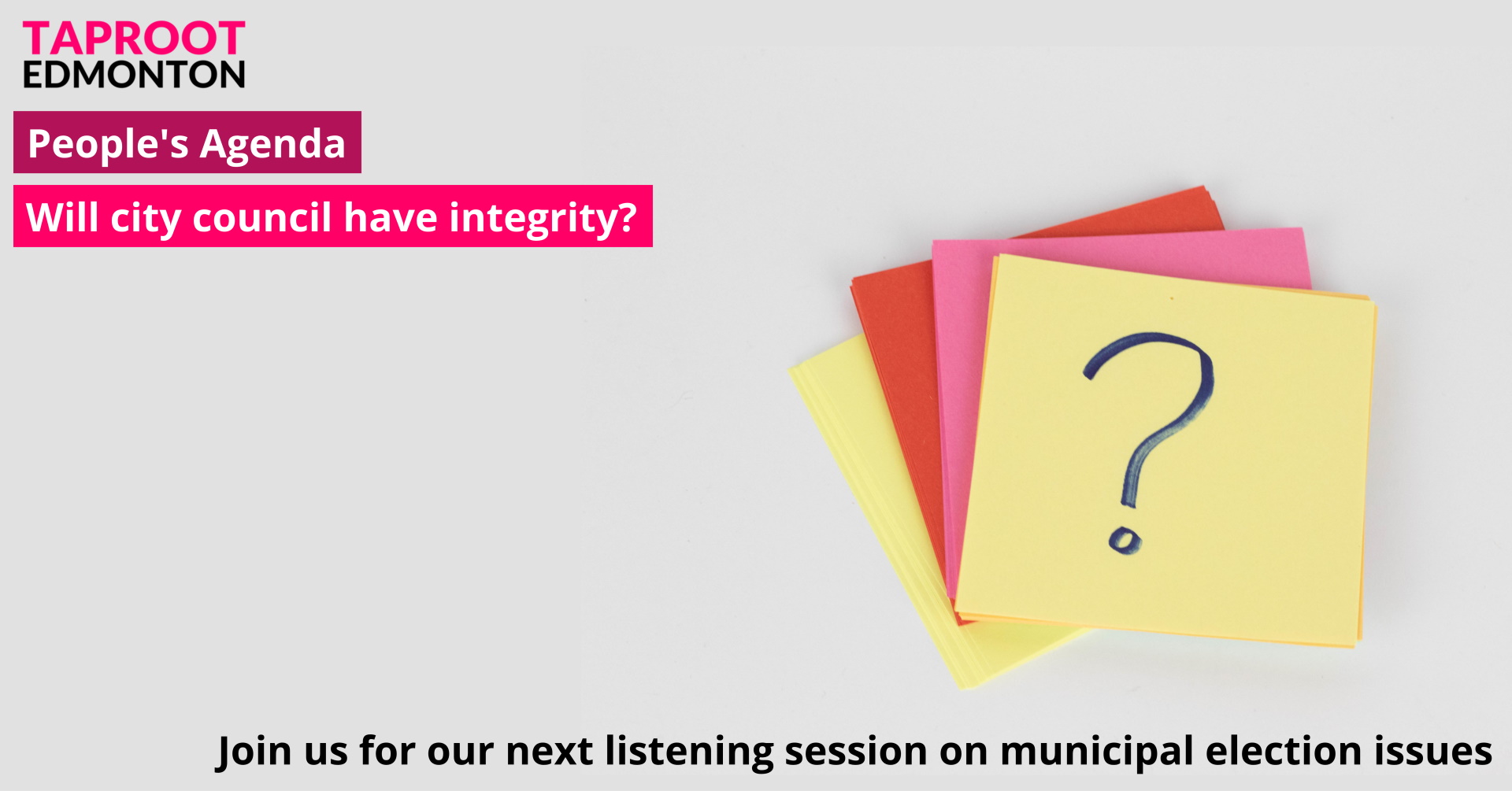 Will city council have integrity? That's the question we'll be exploring March 25 at the next listening session for our People's Agenda project.

Join us at noon for another discussion to uncover what is important to you as we head towards the municipal election on Oct. 18. Please register here to attend.

The topic reflects the synthesis of a number of responses to our People's Agenda question concerning the nature of municipal politics itself. So far, people have told us they want to know what candidates think about interference from more partisan players in traditionally non-partisan civic politics, with some concerned about the provincial government's recent changes to campaign finance rules and the role it might play in this election. Some are concerned about the personal integrity of candidates and want to know who their donors are.

Chris Chang-Yen Phillips will once again be our host, and he'll set up a discussion with a guest who can speak to these issues, before sending people off to breakout rooms to further discuss the issues.

If you can't make it, we will recap it on Friday, as we did last week on the question Will Edmonton be a good place to live?

Save the dates for future sessions — we'll be convening every Thursday until the end of April.