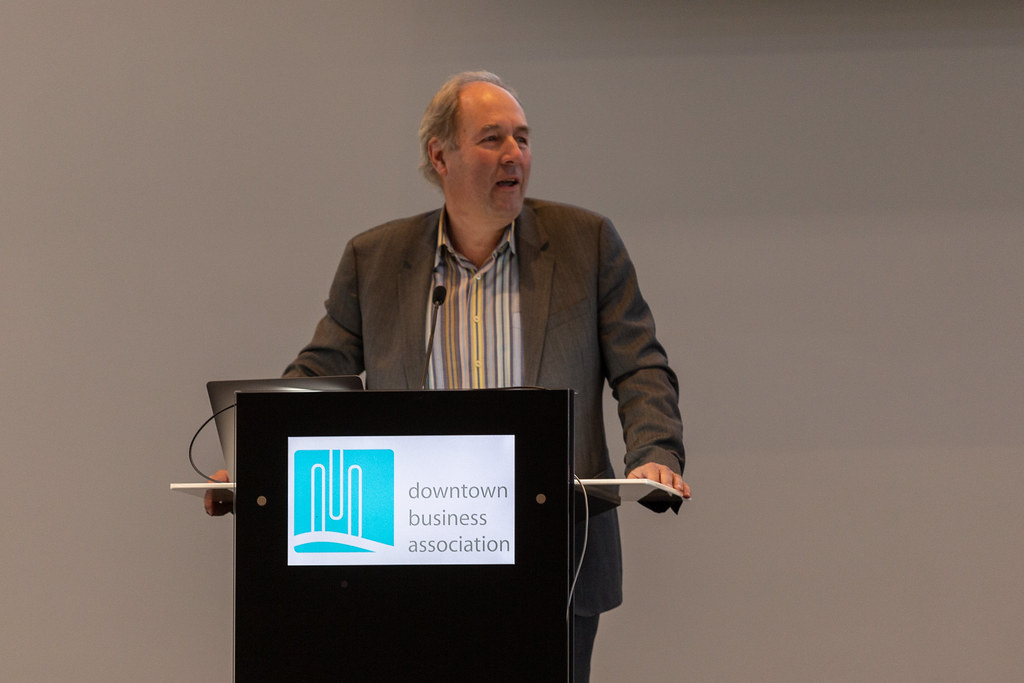 In Episode 123 of Speaking Municipally, co-hosts Troy Pavlek and Mack Male interview councillor Ben Henderson about policing, poverty, his legacy, and what he's looking for in an ideal mayor.

Henderson announced on March 30 that he won't seek re-election in the upcoming municipal election.

"A whole bunch of our time is ombudsman work," Henderson said in explaining his rationale for stepping away. "There's a role that we play as councillors really helping out on those grassroots people problems, and they take a lot out of you."

"I'd prefer to see someone else come in who can get really pumped again about helping people with those little problems."

As for what he'll miss, Henderson mentioned his work on public engagement, poverty elimination, and winter city. "The bigger picture stuff is the stuff that I'm going to miss, the large thinking about how we build the next version of our city," he said.

Henderson shared his view on the two mayors he served with, Stephen Mandel and Don Iveson, and his thoughts about Edmonton's next mayor. "I think what you want is for someone to do what needs to be done next, not revisit what we did before."

"I'm hoping we get the next mayor that we need," he said. Henderson said he is keen to see his former colleague, Amarjeet Sohi, run for mayor.