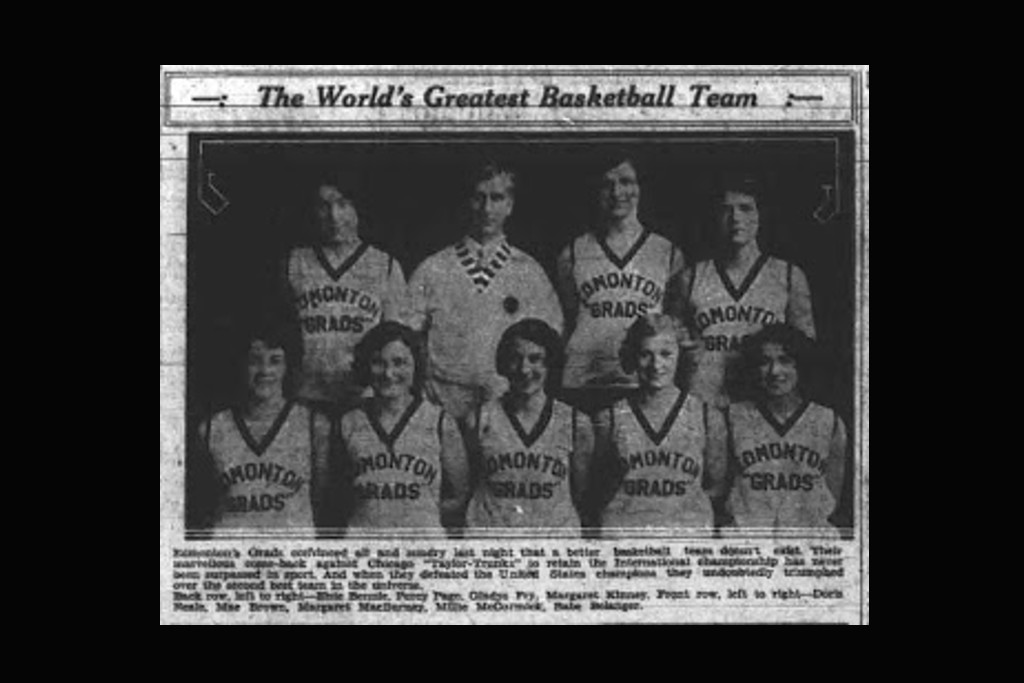 On this day in 1930, basketball fans in Edmonton were celebrating yet another championship for the Edmonton Grads.

The fabled women's basketball team orchestrated a comeback win against Chicago to retain the Underwood North American championship title. At the time, the Edmonton Bulletin's Bill Lewis called it the "greatest triumph of their long and scintillating career."

The Edmonton Grads are now acknowledged as one of the most dominant teams in the history of sport. But they came from very humble beginnings. In 1914, then-teacher and future Alberta lieutenant governor J. Percy Page began a basketball program at McDougall Commercial High School. Despite knowing little of the sport, he became the coach of the girls' team. After graduation, many of the women wanted to continue playing and formed the Commercial Graduates Basketball Club. They asked Page to continue being their coach.

The newly formed team won their first national championship in 1922 and went on to become a juggernaut in women's basketball. They're generally accepted to have played about 500 games between 1922 and 1940, losing only 20 of them. While women's basketball wasn't an Olympic sport at the time, the team was invited to play international exhibition tournaments during the Games in 1924, 1928, and 1936. They went undefeated every time. Even then, the team was holding its practices in the evenings as the players still held full-time jobs. In 1936, James Naismith, the inventor of basketball, called them "the best team to ever play the game."

The team spawned stars like Noella Belanger, Noel MacDonald Robertson, and Gladys Fry Douglas, and it remained at the height of the sport until the Grads were disbanded in 1940. World War II meant international tournaments were frequently cancelled, the team's practice space was taken over to train combat pilots, and attendance dwindled. The Underwood Trophy, which the Grads won 17 years in a row, was permanently awarded to them.

While the Edmonton Grads are now a part of history, the impact the team made continues to this day. Their athleticism and determination helped dispel the myth that sports were too strenuous for women. Countless young basketball players were inspired by the success of the team. And Edmonton maintains its connection to the sport to this day, serving as host to the national women's team leading up to the 2021 Tokyo Olympics.