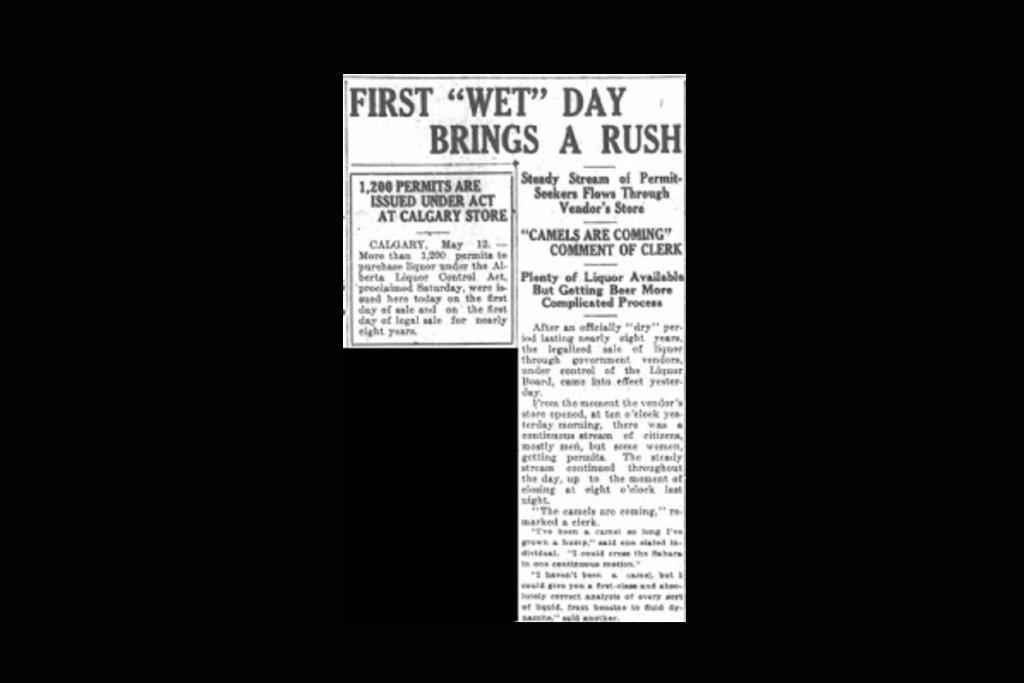 On this day in 1924, Edmontonians were celebrating the end of Prohibition in Alberta. "From the moment the vendor's store opened ... there was a continuous stream of citizens," said a newspaper report chronicling the first day of legal liquor sales after eight years.

Alberta's experiment with Prohibition was an odd one. While the province's 1916 Liquor Act banned the sale of "drinks and drinkable liquids that are intoxicating," the province didn't have the authority to stop people from making liquor in Alberta or bringing it in from other places. Weak beer was also allowed, and pharmacists could prescribe "medicinal" liquor.

By 1923, the voters were done with being dry. A petition led to a plebiscite, where a majority voted in favour of allowing liquor sales through the government. The province still allowed for communities to enact their own booze bans, which is why Cardston was a dry town until last year. Acquiring alcohol still wasn't that easy — a four-step process involved buying a permit before one could buy a bottle. Still, the change brought excited people to the vendors on the first day, with plenty of "camels" lining up to drink after a long dry spell.

Regulations loosened up over the coming decades. A 1957 plebiscite allowed more government liquor stores to open and let men and women drink together in beer parlours in Edmonton and Calgary. By 1971, the drinking age dropped from 21 to 18. During the 1993 provincial election, Ralph Klein ran on a promise of privatizing liquor sales in the province, a process he began almost immediately after winning.

In the past year, there has been a push to further ease the restrictions on alcohol. In 2020, Bill 2 relaxed drinking rules at provincial parks and picnic sites. Starting at the end of May, Edmonton will run a pilot project to allow drinking at picnic sites in seven city parks. Councillors say it is partially a response to the coronavirus pandemic, encouraging more opportunities to socialize outside.