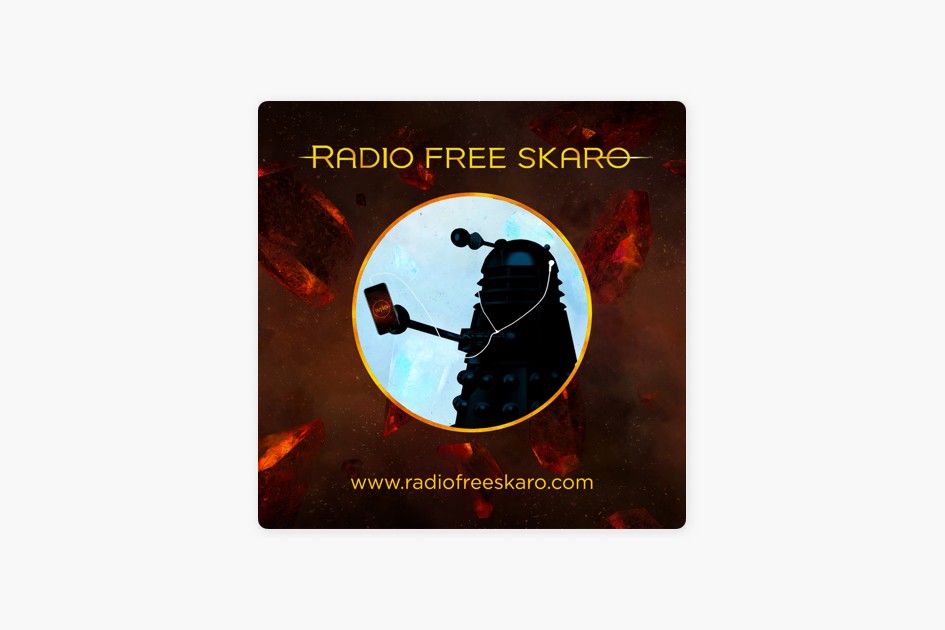 Whovians everywhere are preparing to bid farewell to the first female Doctor. Jodie Whittaker, who has played Dr. Who since 2017, is officially leaving behind the fez and TARDIS in 2022. Of course, it only makes sense to process her departure with the highly acclaimed Dr. Who podcast, Radio Free Skaro.

The three who rule, as they have dubbed themselves — hosts Warren Frey, Chris Burgess, and Steven Schapansky — have covered the historic sci-fi series since 2006. Their devotion has led them to land on top fan lists, interview BBC archivist and Dr. Who producer Paul Vanezis, and even inspired a real-life romance between co-host Steven Schapansky and super fan Erika Ensign.

The podcast's popularity among Whovians scored it the spot of official podcast for Gallifrey One, the "world's largest and longest-running fan-run Doctor Who convention." Radio Free Skaro is also recommended by Doctor Who Magazine and was voted most popular Doctor Who podcast by members of the fan forum Gallifrey Base.

Radio Free Skaro's success has led to a number of other podcast ventures that Schapansky is involved in as co-host, producer or editor, including Lazy Doctor Who, where he and Ensign "watch every Doctor Who story ever made, from start to finish." Schapansky and Ensign are also the brains behind Castria, a local company providing podcast production and media solutions.

The three who rule ride the doctor's coattails every Sunday. You can listen on Spotify, Apple Podcasts, and iHeartRadio.