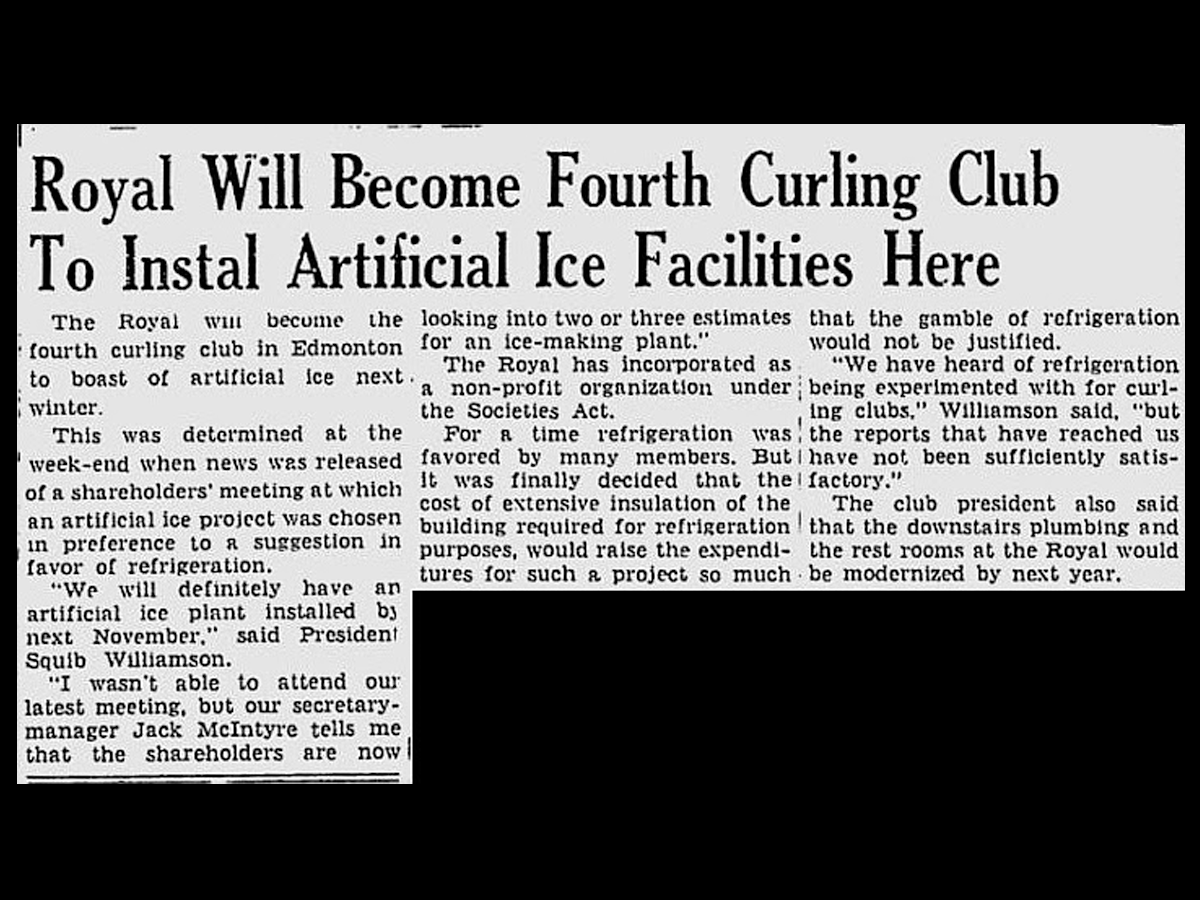 On this day in 1953, the Royal Curling Club announced it was getting artificial ice instead of going with refrigeration.

"We have heard of refrigeration being experimented with for curling clubs, but the reports that have reached us have not been sufficiently satisfactory," said club president Squib Williamson.

Curling's long history in Edmonton is quite well-documented, largely due to the longevity and passion of the city's curling clubs. The sport first came to the area back in 1888, part of a boom that saw clubs opening up all over the province. Interest in curling got heavier around 1910, partially because a shorter work week and more accessible travel made tournaments feasible.

Matthew McCauley, the city's first mayor, helped found the Royal Curling Club. He was an avid curler and apparently had a habit of finding a smooth patch of ice on the river and using kettles filled with sand to play with friends.

The Highland Club got started with two sheets in 1912, but it burned down five years later, removing it from play. It was replaced by the Thistle Curling Club in 1920, the same year the rival Granite Club was founded in Old Strathcona. The Thistle persists as Edmonton's oldest club.

As the city grew, so did the number of clubs. Crestwood Curling Club was founded in 1954, and the Ellerslie Club got its start in 1966. The Royal Curling Club met its end after it was combined with a badminton club and a tennis and skating club in 1961 to form the Royal Glenora Club, which still has ice but not for curling.

Given Edmonton's strong curling tradition, it's no surprise that the region has been home to many champion curlers, including Randy Ferbey, David Nedohin, Joanne Courtney, and — of course — the Old Bear, Kevin Martin. Sherwood Park's Brendan Bottcher won the Brier in 2021, but he and his rink announced earlier this month that they would be splitting up next season following a third-place finish in this year's Canadian men's championship.