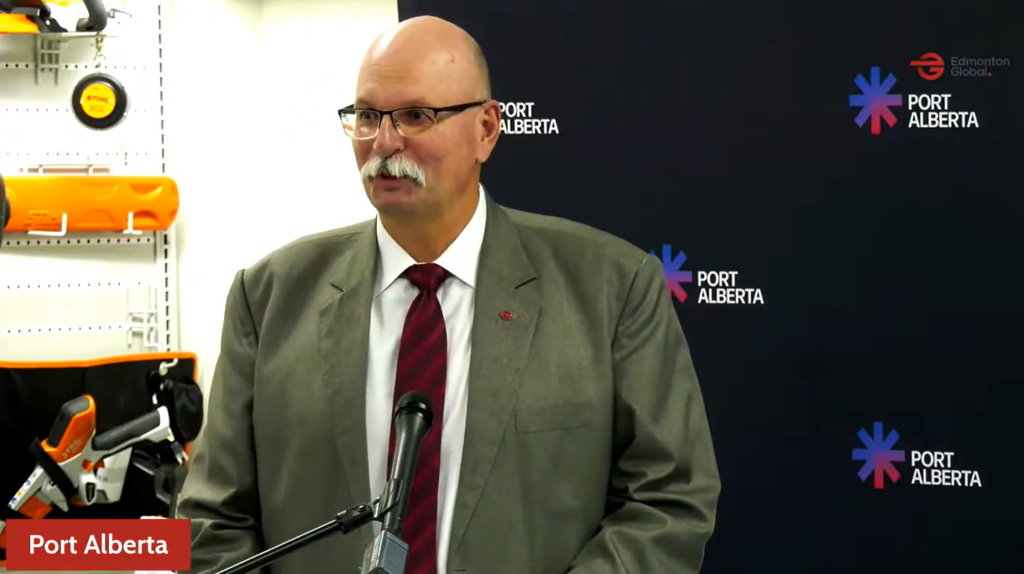 Edmonton is nowhere near an ocean, but the region has a port of sorts, and it's now bigger and more diversified than ever. This week saw the relaunch of Port Alberta, a concept that describes the convergence of air, rail, pipelines, and roadways governed by regulations that facilitate the import and export of goods.

The inland port is a kind of "one-stop shop" for companies, said Malcolm Bruce of Edmonton Global, which announced the relaunch alongside the Edmonton International Airport and Prairies Economic Development Canada. Port Alberta has been seen as an airport program, but the concept extends to the entire Edmonton metropolitan region, encompassing its rail and road connections, Bruce told Postmedia at a relaunch event at the Stihl chainsaw factory in Acheson.

Port Alberta is one of Edmonton's air cargo advantages, said commercial real estate broker Bronwyn Scrivens. "Municipalities now recognize the importance of strong air cargo capacities as a critical component of economic development for a region," she wrote in a Real Estate News Exchange piece. "Fortunately for Edmonton, EIA was ahead of the game on this trend and is poised to become an extremely efficient player in the intermodal supply chain needs of today's global business leaders."