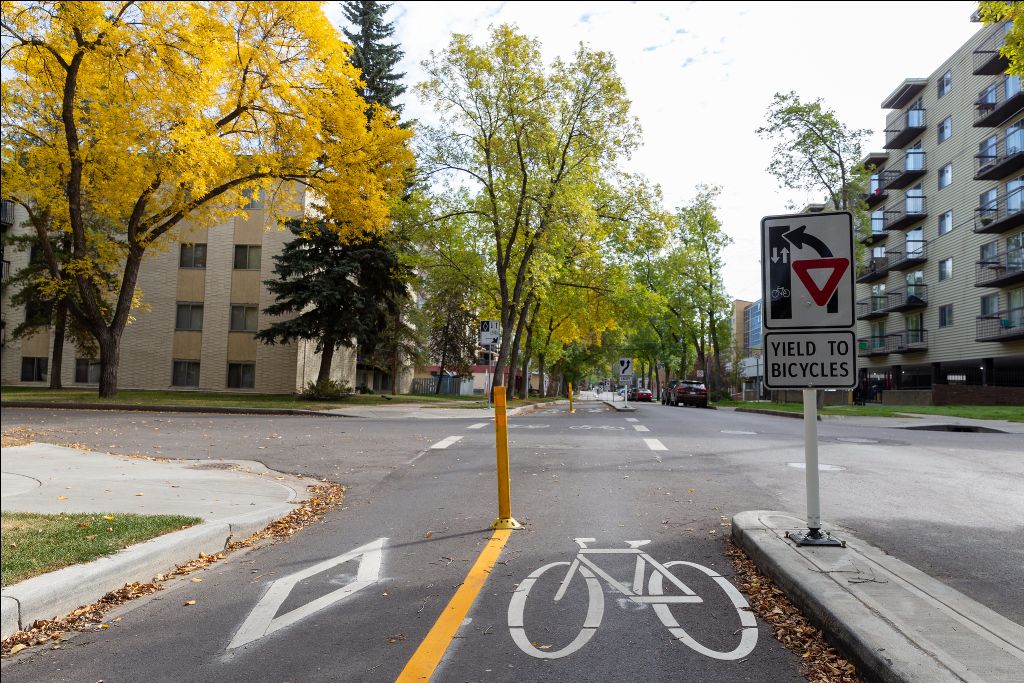 Photo: Administration will seek authorization to begin working on district plans for Edmonton, which will help people more easily access their needs through walking, biking, or transit. (Mack Male/Flickr)