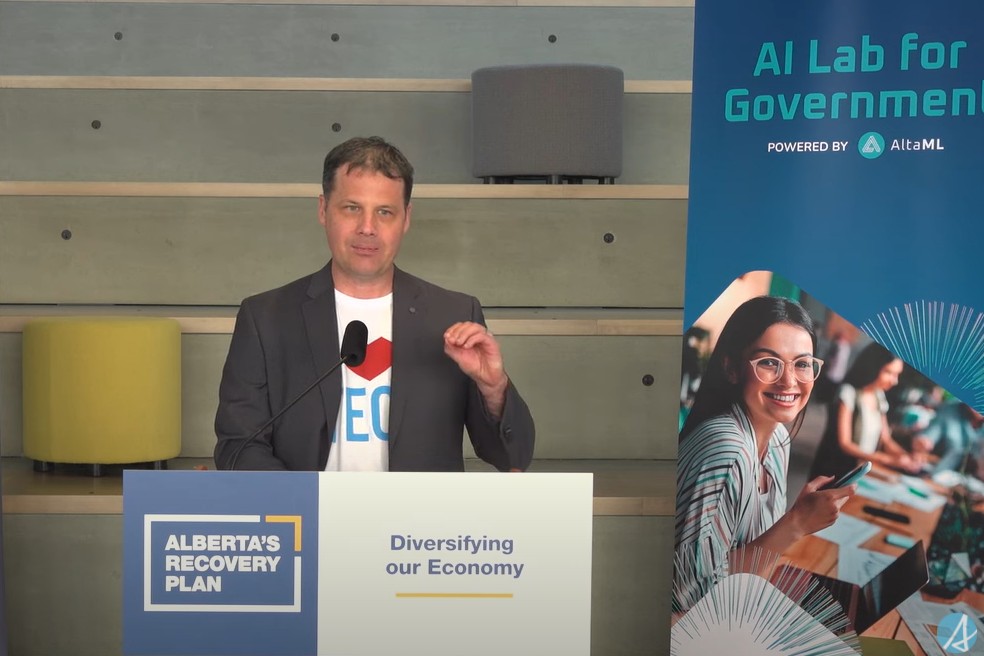 The Alberta government is putting $3.4 million annually into GovLab.AI, a public sector artificial intelligence lab that aims to solve complex problems by pairing experts from AltaML with post-secondary students and graduates via Mitacs to work with public servants.

Working in four-month cohorts, GovLab.AI will develop ideas into workable models and apply them to problems within government. If the tools prove themselves, they could be commercialized and exported, Service Alberta Minister Nate Glubish said at the May 3 announcement.

Health care is one sector that could benefit from this type of research and development. "We think that building tools driven by data will improve patient outcomes, while at the same time reducing costs," said Cory Janssen, co-founder and co-CEO of AltaML. His company has already started to explore those possibilities, partnering with Amplitude Venture Capital to apply AI to life sciences and precision medicine.

"If you're trying to do AI, you kind of need the data. And there's a ton of this data in government," said Janssen, adding that while there are hundreds of possible applications for AI and machine learning in government, they are often overlooked.

Janssen believes GovLab.AI will help bridge this gap, developing tools that increase efficiency and reduce costs as well as creating an environment that encourages the "amazing brains" from around the world studying at Alberta universities to stay and work in the province after they graduate.

A pilot cohort will start this month, and the lab is expected to be fully operational by this summer. Glubish said the province hopes to invite "at least three other public sector organizations" to join the project.

Photo: Cory Janssen of AltaML speaks at a news conference on May 3 announcing the creation of GovLab.AI. (Government of Alberta/YouTube)