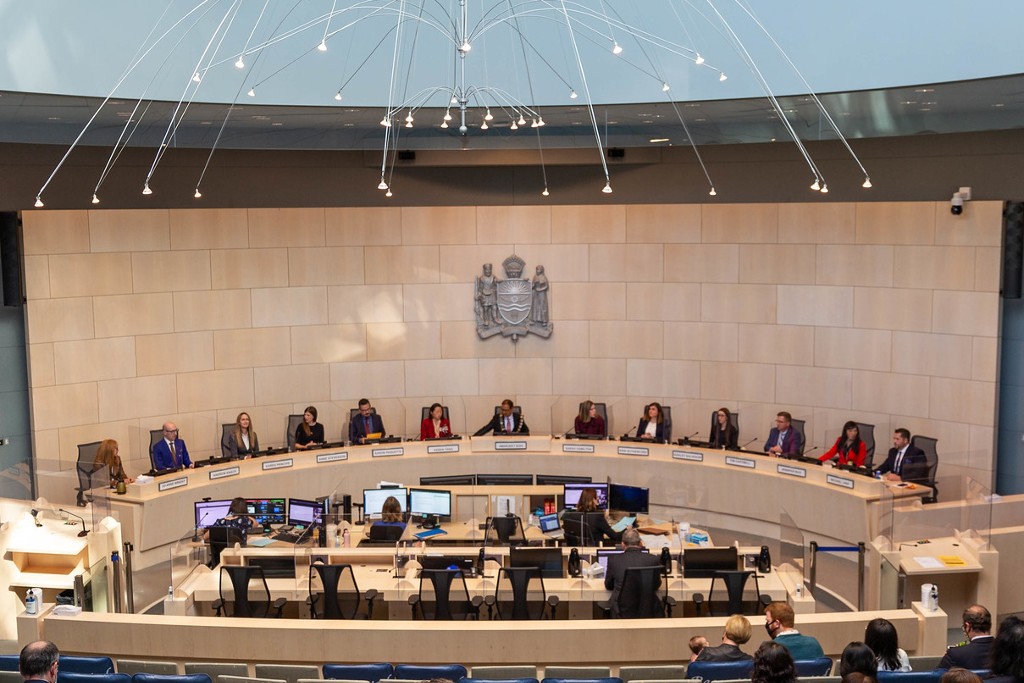 City council voted 12-1 on June 7 to approve a $407-million annual base budget for the Edmonton Police Service starting in 2023, going against what some said they would do during the election campaign.

The multiple-choice Taproot Survey asked candidates "What should be done about the police budget?" Here's how they answered:

Andrew Knack in Nakota Isga said he did not have a position on the issue. "A motion was passed in 2021 to review the funding formula and I believe one of the possible outcomes is to still use the formula but add in other programs and services that focus on prevention," he told Taproot at the time to explain why he answered that way. "So instead of a single large increase to policing, money would be spread out between social programs as well as policing."

Sarah Hamilton in sipiwiyiniwak, Aaron Paquette in Dene, and Karen Principe in tastawiyiniwak did not answer the question.

Council came into Tuesday's meeting with a motion on the table from Rutherford to set a baseline budget of $385 million per year, reflecting what the police currently get from the tax levy but not including the $22 million they have been receiving from the depleting Traffic Safety and Automated Enforcement Reserve. Cartmell's amendment to raise the base funding to $407 million passed 12-1, with Janz the only dissenter.

Council also voted against aligning the Edmonton Police Service budget with current budget processes in other departments, choosing instead by a vote of 11-2 to ask administration to consult with EPS and the Edmonton Police Commission to develop a revised funding formula. Janz and Knack were on the losing side of that vote.

A follow-up motion from Paquette, directing administration to return later this year with a report outlining "all current sources of police funding for comparable municipalities within Canada with over 500,000 population" broken down per capita using publicly available data, passed unanimously.

The Taproot Survey invited voters to answer the same questions that were put to candidates. An analysis of the first 16,000 responses indicated that 43.1% wanted the police budget frozen until it was in line with comparable cities; 23.8% supported increasing the police budget as determined by the funding formula; 21.4% said the police budget should be decreased somewhat; and 11.6% called for defunding the police altogether.

Photo: Edmonton's city council at its inaugural meeting in October 2021, shortly after the election. (Mack Male/Flickr)