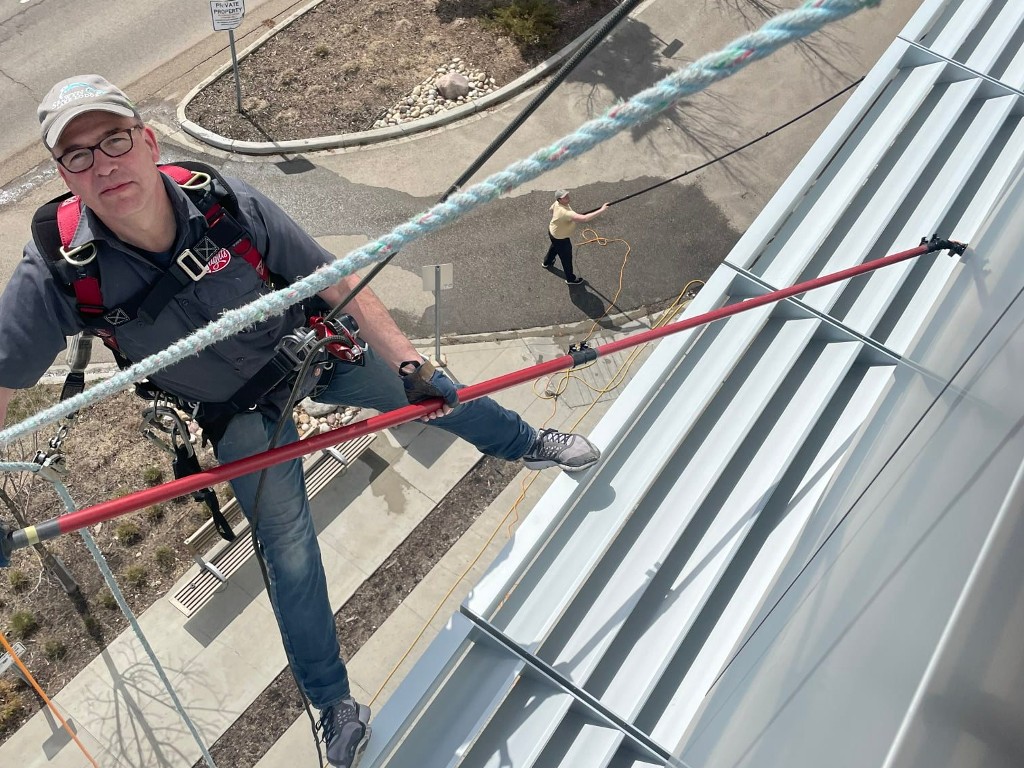 A company that was founded to help artists find work in between gigs is ready to hang your Christmas lights as the festive season approaches.

For more than two decades, Heights Residential has made a point of employing performers to wash windows, clean gutters, and install lights in and around Edmonton.

General manager Clinton Carew said the company emerged from his own struggles as a theatre actor and musician trying to find seasonal work that could accommodate the inconsistent schedule of a performer. After joining a bandmate washing windows during the summer, the two decided to formalize the company.

"With that, we were trying to figure out what it was that we were doing that was working. And one of the things was that artists are extremely competent and extremely hardworking," said Carew.

"There's this wealth of people out there who need money, because the arts pays absolutely terribly, but they're often relegated to really terrible or really dangerous jobs in order to find anything that will work around their schedule."

From the beginning, Heights Residential billed itself as a company that would work with artists' schedules. At one point, most of its workforce was drawn from people in creative fields, though as the company has grown, that number has decreased. It is, however, still part of the company's philosophy.

Heights Residential crews don't show up singing and dancing, but they do bring a positive vibe that customers appreciate, Carew said.