The Alberta government has started to roll out the first doses of the Pfizer-BioNTech COVID-19 vaccine.

Premier Jason Kenney said that an Edmonton-based respiratory therapist and an ICU nurse from Calgary were the first in the province to get the vaccine.

"I am grateful to be one of the first health-care workers in Alberta to receive the COVID-19 vaccine," said Edmonton respiratory therapist Sahra Kaahiye. "The availability of a COVID-19 vaccine is great news for us. It will help us and it will protect us."

So far, the province has received 3,900 doses of Pfizer-BioNTech's vaccine. 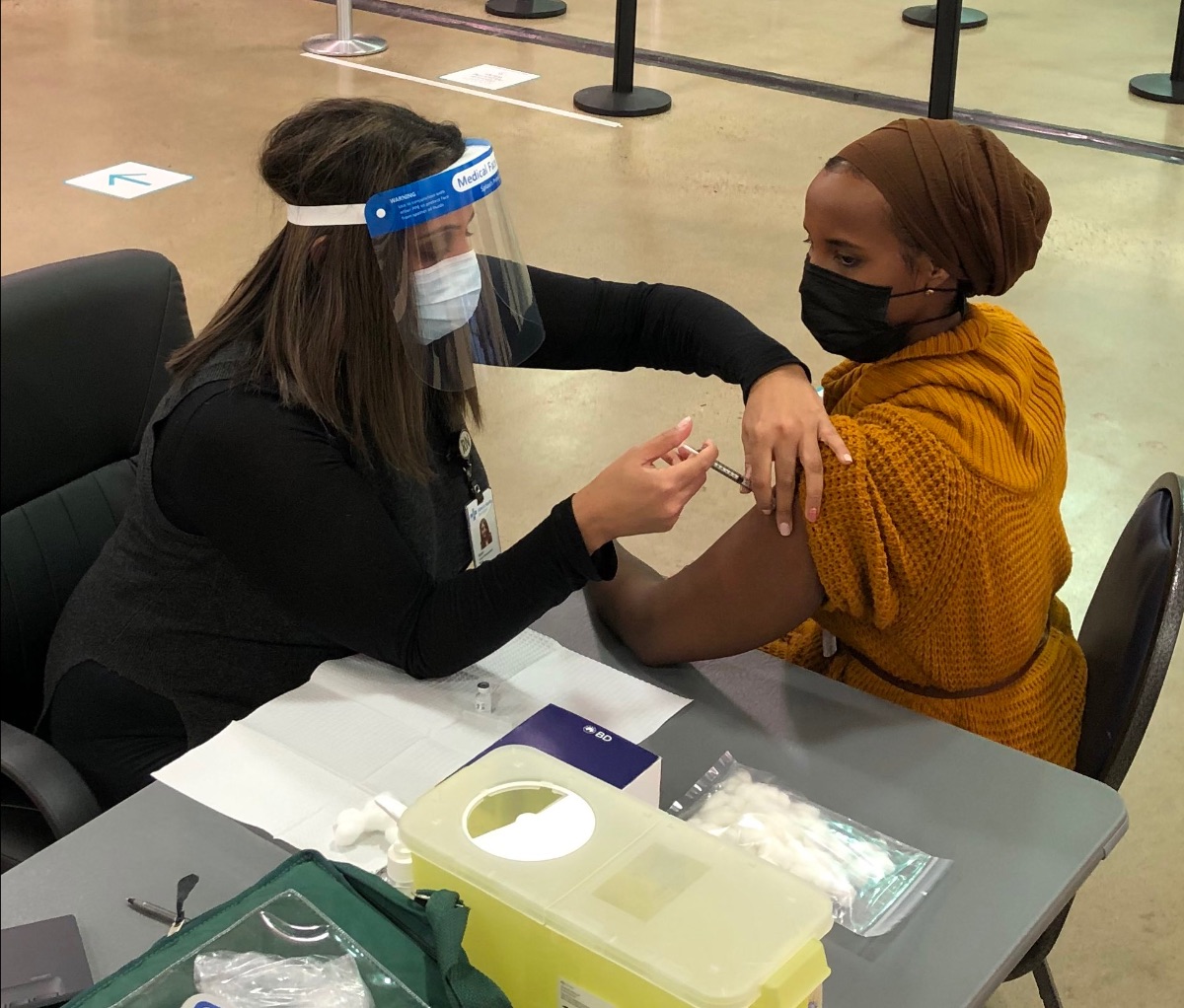 An Edmonton respiratory therapist was the first Albertan to receive the COVID-19 vaccine. (Premier Jason Kenney/Twitter)

Markland, who will be getting the shot later on this week, said the vaccine brings a new level of hope to frontline workers.

A survey from the Angus Reid Institute reported an increase in the number of Albertans who plan to take the vaccine. The number jumped from 32% to 48%, but the province recorded the highest percentage of people of all provinces who said they are not willing to be immunized.

According to government officials, the province is expected to receive more than 25,000 doses of Pfizer's COVID-19 vaccine on Dec. 21. Residents of long-term care and designated supportive living facilities will be immunized, followed by seniors 75 and over, as well as First Nations on reserve, Inuit and on-settlement Métis people 65 and over.

The Pfizer-BioNTech doses are being stored at ultra-cold temperatures in freezers at designated sites in Edmonton and Calgary. Entos Pharmaceuticals CEO John Lewis said this poses a real challenge.

In a recent panel discussion, Lewis explained there is a need for traditional vaccines that can be kept in the fridge, and Entos currently has one in the works.

"Our DNA-based vaccine can be kept at room temperature for up to one month making it feasible to ship, store, and administer for all parts of Canada," Entos communications lead Perrin Beatty told Taproot.

According to Beatty, Entos is "working with the Alberta Cell Therapy Manufacturing (ACTM) facility at the University of Alberta to make the GMP quality doses for the Phase 1 clinical trial that is being prepared for launch in early 2021 at the Canadian Centre for Vaccinology in Halifax."