Jon Manning, an Edmonton-based writer behind the scripts of a new Nathan Fillion voiceover project with Berlin Communications and the Alberta Forest Products Association (AFPA), says he was "blinking into the darkness of sleepless nights" nervous about working with the celebrity.

The project, Explore Alberta Forests, is a virtual, 360-degree tour of Alberta's forest lifecycle narrated by Nathan Fillion, who was born and raised in Edmonton. Manning says working with Fillion was like having a "front-row seat to a masterclass in voice work."

"I'd heard he was a nice guy, but he's used to working with top writers in L.A., and I just didn't know if what I was writing would measure up. When the meeting began, he was exactly the person you'd expect: kind, affable, incredibly funny, and constructive. He loved the writing we brought forward. We workshopped a few bits, but for the most part, what I wrote originally, and worked on with Berlin, is what you hear on the website," Manning tells Taproot Edmonton.

"In the end, we landed on a character that could be funny, willing to be the joke at times, but loveable and charming all the same. So, basically Nathan Fillion. I can't take one ounce of credit for his hilarious delivery." 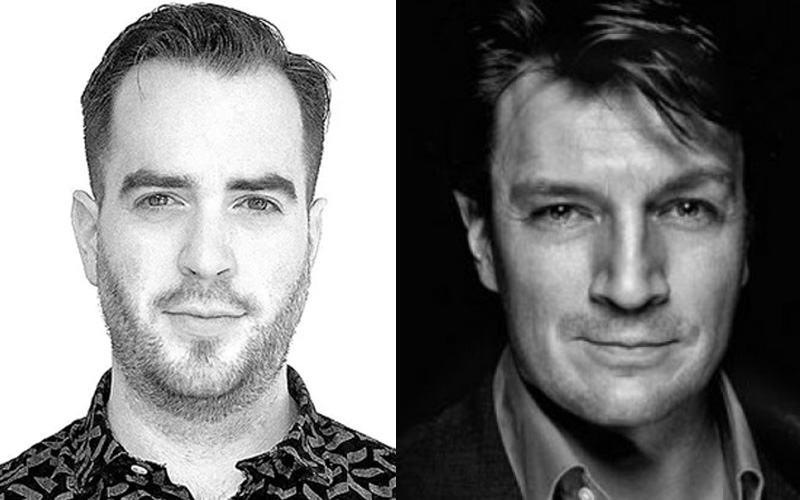 Edmonton writer Jon Manning says writing voiceover scripts for Nathan Fillion was one of the best jobs of his career. (Supplied/IMDB)

The project has received lots of media attention and positive reaction. Manning says blending entertainment with education seems to have caught people's attention.

"I'm appreciative of the reaction because it means good things for my clients and their clients. But on a very personal level, it's how proud my parents are that gets me," he explains.

The team wanted to use humour because Fillion is naturally funny, jokes helped move some of the drier material, and with the pandemic happening, "this was a huge opportunity to make people smile," Manning says.