University of Alberta health research is getting a funding boost from the federal government through the Canadian Foundation for Innovation (CFI) to advance two projects: one that aims to better understand chronic health conditions and develop potential treatments, and another that investigates the impact of toxins on people’s health.

CFI is investing $3.9 million to support the U of A's Protein Misfolding Scientific Exploration (ProMiSE) team, led by David Westaway, who is the director of the university’s Centre for Prions and Protein Folding Diseases.

Westaway said that the new infrastructure funding will help his team advance its understanding of misfolded proteins linked with dementia, and eventually develop potential treatments for diseases like Alzheimer's, Parkinson's, and ALS.

"Proteins do useful things, they carry out actions, and those actions depend on them being in a specific shape, but if proteins get into the wrong shape, they will start performing malicious actions that damage our cells," explained Westaway. 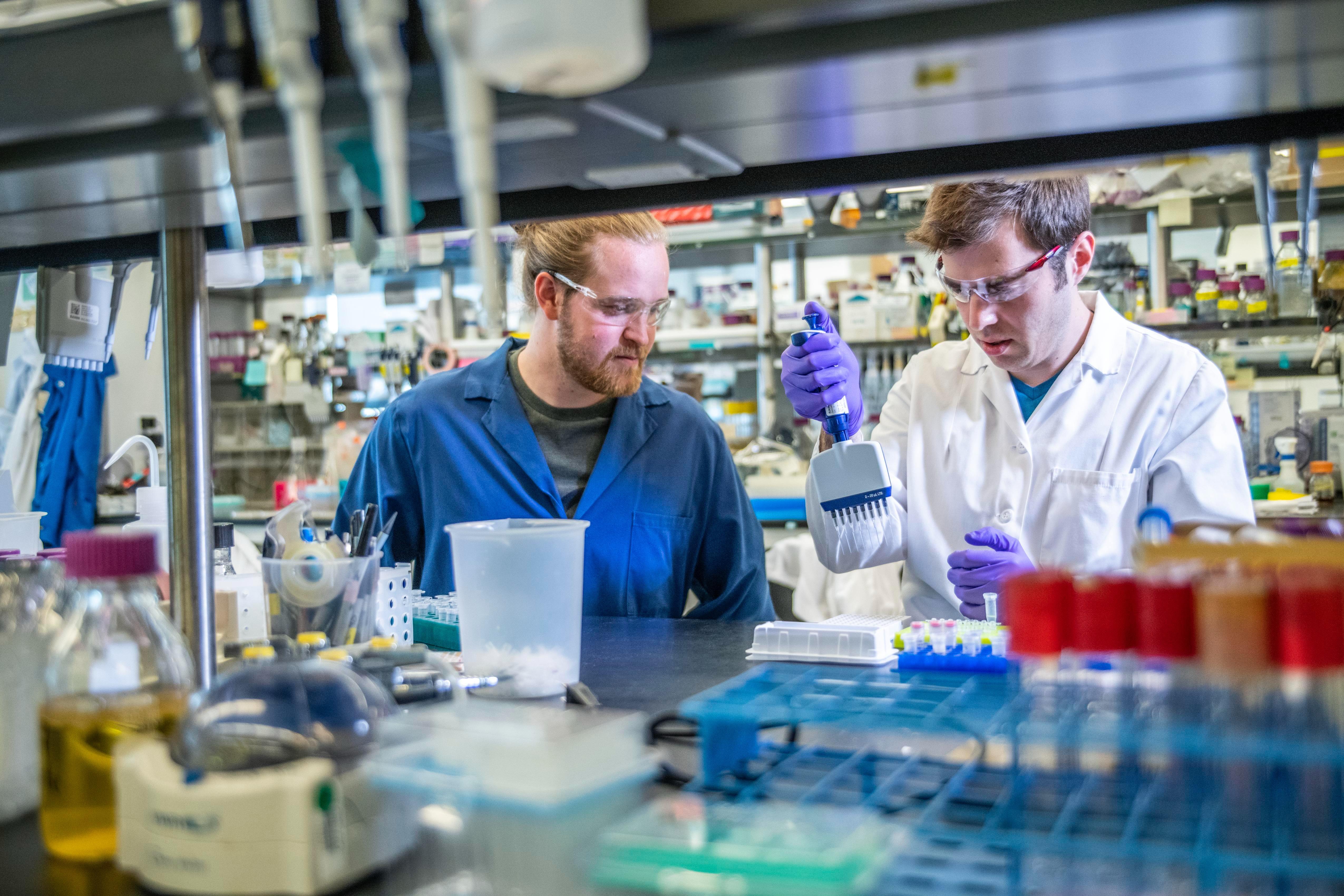 Westaway noted that some neurodegenerative diseases in humans, such as chronic wasting disease (CWD) are contagious. He said he's concerned about new variants of CWD prions that might be even worse.

The Canadian Foundation for Innovation funding is also providing funds for U of A researchers to investigate how exposure to toxins in the environment affects people's health, including pregnant women. The research project is receiving $3.1 million, with $2.6 million of that going to the U of A.

According to grant co-lead Matthew Hicks, preterm birth is the leading cause of infant death and child disability.

"The funding is not just creating a metabolomics profile of women who deliver early, it's about identifying who might benefit from intervention, and also whether there are potential therapies identified from the specific molecules we identify," said Hicks, who will be studying links between environmental exposures and preterm birth.

The funding will help support an equipment upgrade for the U of A-led Metabolomics Innovation Centre (TMIC) with a newly formed Canadian Analytics Network for Outcome Prediction In Exposures (CANOPIE), a collaborative project between the U of A, McGill University, and the University of Calgary.

U of A chemistry professor Liang Li, co-lead on the research project, said that the new funding will give metabolomics researchers the capacity to analyze at least 10 times more samples than they previously could.

Both the metabolics and dementia research projects are among five from the University of Alberta that received a combined total of $19.3 million in CFI funding.