Calgary-based Inter Pipeline is getting $408 million from the province for its Heartland Petrochemical Complex as the first recipient of the Alberta Petrochemical Incentive program, which was announced last July.

The complex is a propane-to-polypropylene plastic facility and is expected to provide over 300 permanent positions. It has previously experienced construction delays but is expected to begin operations in early 2022.

The grant, spread out over three years once operational, will support the project located in Strathcona County with a price tag of $4 billion.

"The fact that the program has a structured and logical approach makes it very competitive with other jurisdictions in North America and also substantially enhances the economics for future petrochemical investments in Alberta," CEO Christian Bayle said in a news release. 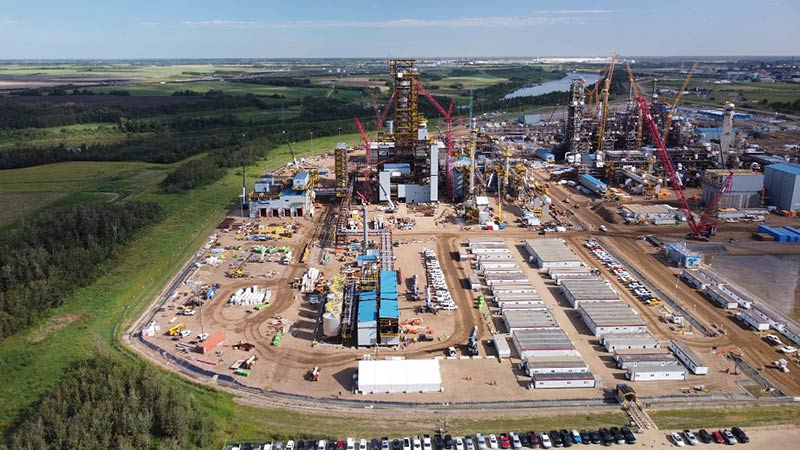 The Heartland Petrochemical Complex is located in Strathcona County. (Courtesy of Inter Pipeline)

Dale Nally, associate minister of natural gas and electricity, said the incentive program has already attracted attention from global investors and he expects to see more applications move through the process in the coming months and years as Alberta turns into a "global hub" for petrochemical products.

Malcolm Bruce, CEO of Edmonton Global, told Taproot that the facility will produce key inputs to grow the value-added manufacturing industry. Alberta has petrochemical feedstocks, manufacturing talent, and ability as well as access to markets with the facility being the "missing piece" to unlock other major investments up the chain, he said.

"The provincial grant program that incentivizes these kinds of projects gets it right," he said. "It reduces an investor’s risk by providing an incentive and doesn’t start paying until a project is complete and operational."

Opposition leader Rachel Notley is in support of the project but was critical of the grant's size, which is double what Inter Pipeline would have received through the previous government's royalty incentive petrochemical diversification program.

“We shouldn’t be throwing money out the door as though it’s not ours and we need to get as much growth as we can with as little incentive as we can,” she said.