"Edmonton needs to get people back to work as quickly as possible," Riopel said in support of the program at a news conference to announce Alberta Jobs Now.

Premier Jason Kenney predicted that the funding would create 22,000 new jobs as Alberta struggles to recover from both the pandemic and the impact of prolonged low oil prices that have pushed the province's long-term unemployment rate to record levels. "This is a long-term investment in working Albertans as we recover from the devastating impact of the COVID-19 pandemic and recession," Kenney said.

The program will help businesses once vaccination rates hit a sufficient level and public health restrictions can be lifted, said Mike Holden, chief economist for the Business Council of Alberta, in the Calgary Herald. "As the economy recovers, you could argue that these (unemployed Albertans) are people who would be hired again anyway. But at the same point, a lot of the businesses that will be doing this hiring have been struggling for a long time, and so it will help."

Kenney indicated a decision on lifting some restrictions on business will come after the long weekend. 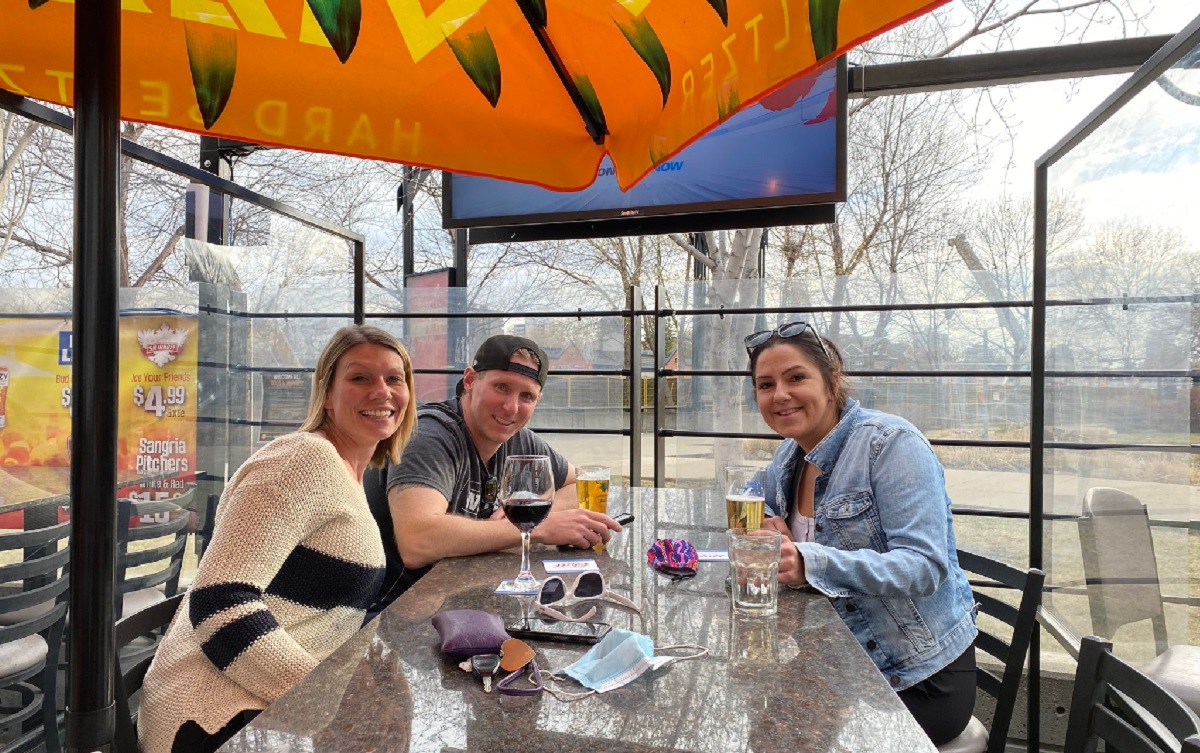 A decision is expected after the May long weekend on easing restrictions that have closed patios and indoor dining at restaurants. (Photo courtesy of 1stRND)

Applications for the first of three rounds of funding from Alberta Jobs Now opened May 20. A second eligibility period starts Sept. 15. Grants will cover 25% of an employee's salary for a 52-week period up to a maximum of $25,000 per employee. The grant can cover salary or training costs and rises to $37,500 for employers who hire persons with disabilities. The new hire must not have worked for the employer within the past 90 days.

NDP labour critic Christina Gray told the Edmonton Journal that Kenney's job creation effort was too little and too late to make up for the jobs lost before the pandemic. Labour Minister Jason Copping said the program was timed to support long-term job growth as the economy emerges from the pandemic by lowering costs for businesses so they can hire new staff quickly. "They want to prime the pump so that as we come out of the pandemic, we can hit the ground running," Copping said.

The new jobs program comes as analysts keep a close watch on Alberta bankruptcy filings, which dropped sharply during the pandemic as aid programs propped up the struggling economy. While business bankruptcies in the province continued to fall in the first quarter, Alberta saw a 10.5% increase in consumer insolvencies.

"It's not surprising that we're starting to see things spike," Mark Kalinowski, a Calgary-based financial educator at The Credit Counselling Society, told the Calgary Herald. "Because of course the government stimulus programs are winding down, (and) the banks aren't deferring loans and mortgage payments anymore."