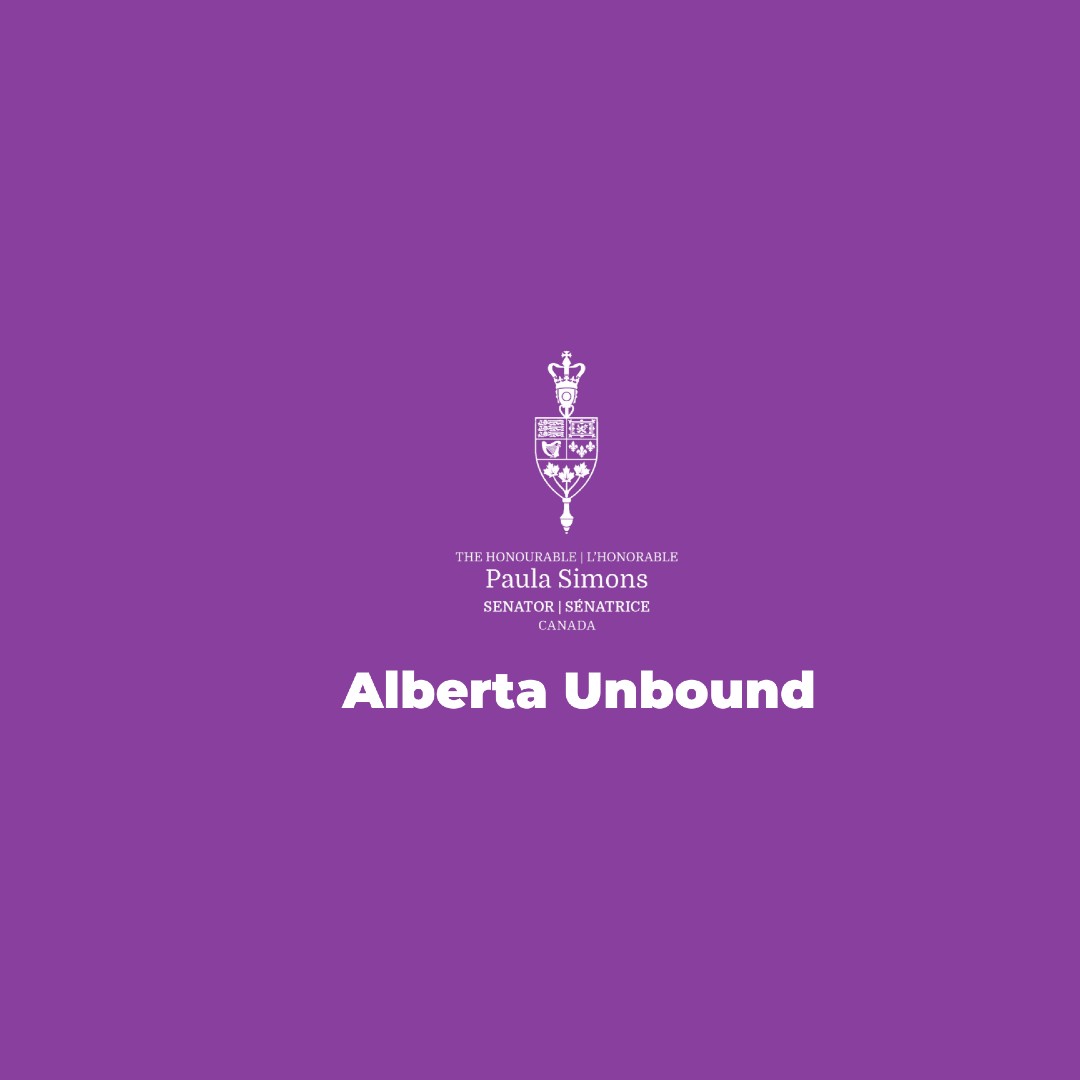 Sen. Paula Simons has released the second season of Alberta Unbound, her podcast interrogating what it means to be an Albertan.

Season 1 featured excerpts from a wide-ranging panel discussion that she moderated in Edmonton last year in reaction to the Buffalo Declaration and other expressions of Alberta's identity that didn't reflect her own experience.

No such events have been possible during the pandemic, so Simons pivoted to a series of one-on-one conversations exploring identity and challenging stereotypes.

The guests are from all over the province, but many are from Edmonton, as is the senator herself. These include Edmonton city councillor Aaron Paquette, lawyer Avnish Nanda, commentator Natalie Pon, and political science professors Yasmeen Abu-Laban and Chaldeans Mensah.

For more on the genesis of the podcast and what it is like to be an independent senator from Alberta at this fraught time, listen to her interview on Episode 67 of The Daveberta Podcast.