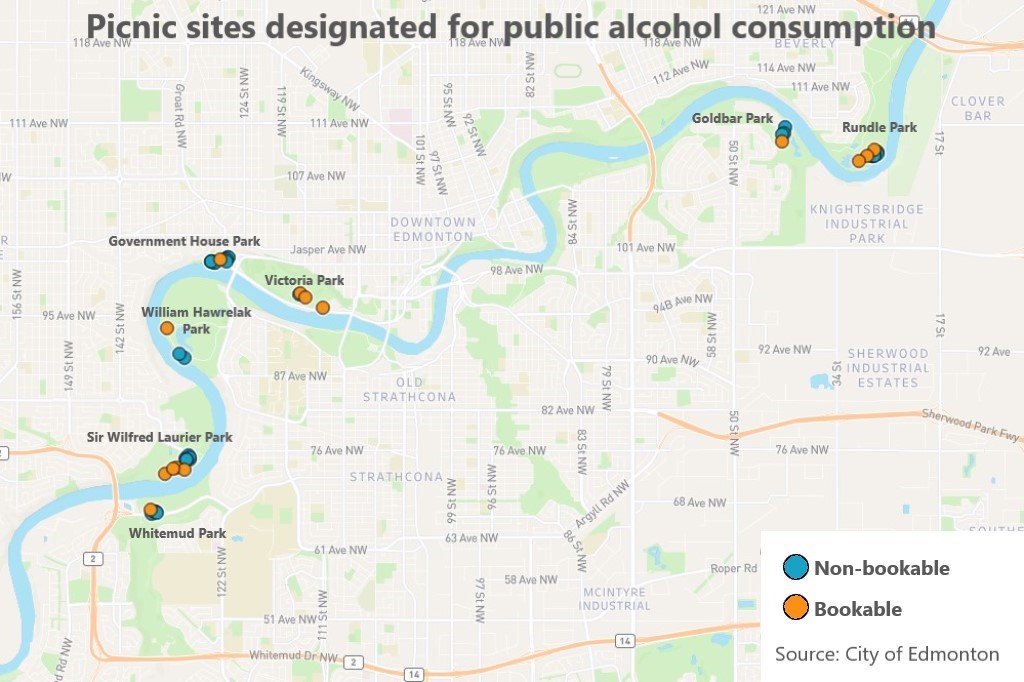 Beginning today, May 28, Edmontonians can consume alcohol in select public parks as part of a City of Edmonton pilot project. While there will still be "a prohibition on alcohol consumption in a majority of park areas," residents can pick from 47 picnic sites in seven parks to enjoy a drink. Park-goers will be allowed to drink between 9am and 11pm at those sites until Oct. 11.