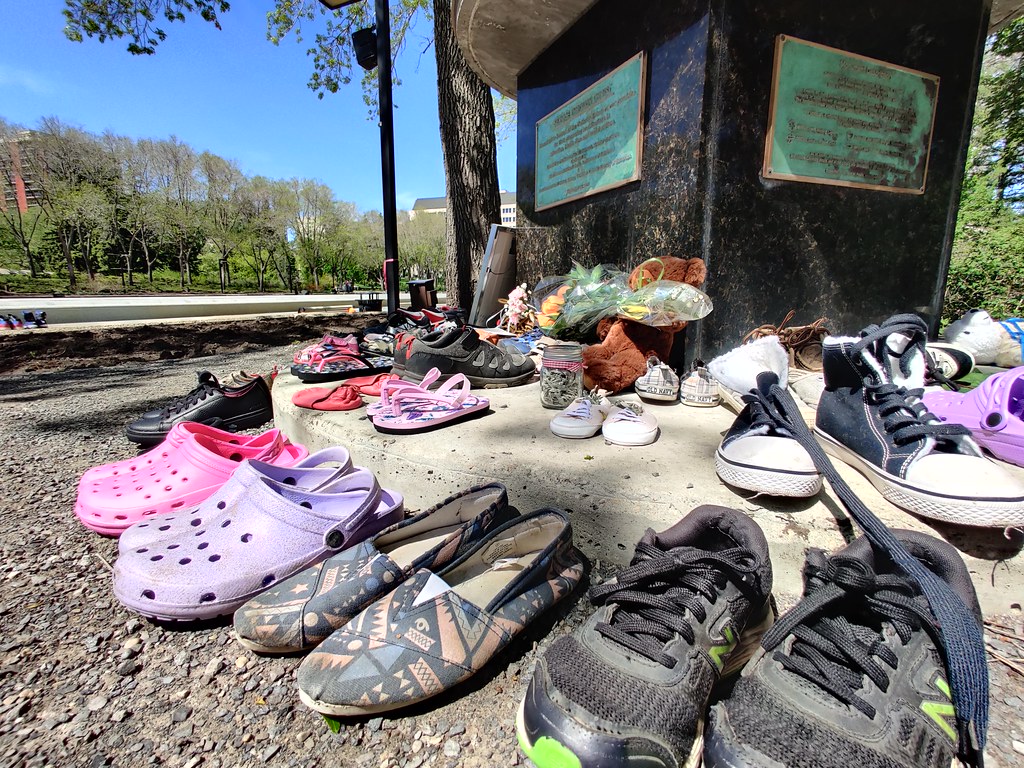 The discovery of the remains of 215 children in an unmarked grave outside of the Kamloops Indian Residential School set off a countrywide wave of shock, grief, and calls for a fuller reckoning with Canada's long history of inhumanity toward Indigenous people.

Edmonton joined that movement. Here's a rundown of what was said over the weekend:

More than 134 residential schools operated across Canada from 1831 to 1996, including the Edmonton (formerly Red Deer) Industrial School and the Youville Indian Residential School in St. Albert, among at least 23 others. The Truth and Reconciliation Commission has so far learned of more than 4,100 children who died from disease or accidents while attending residential schools, but many more are thought to be unaccounted for.

Photo of children's shoes set out in remembrance at the Alberta legislature on May 30. (Mack Male/Flickr)