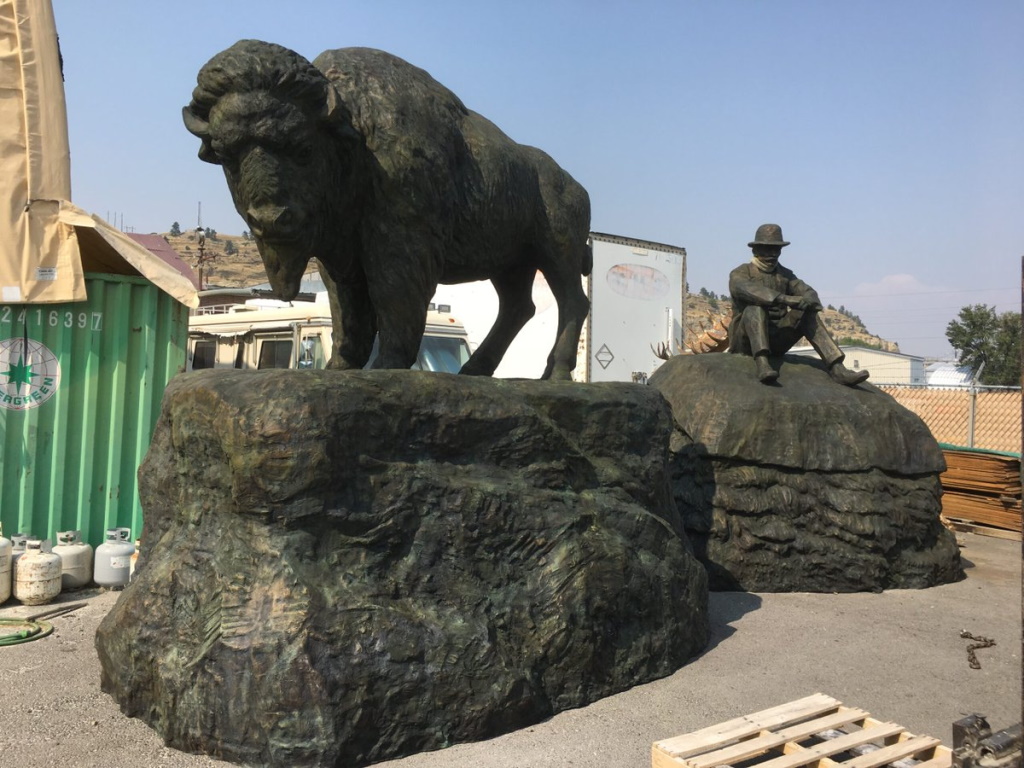 In Episode 132 of Speaking Municipally, hosts Troy Pavlek and Mack Male investigate what happened to the public art for the $155 million Walterdale Bridge.

The Edmonton Arts Council (EAC) had selected artist Ken Lum to provide "input for various aspects of the aesthetics of the new bridge, as well as two pieces of public art for the north and south river bank areas." But when the bridge opened in 2018, there was no art.

When asked about it at the time, the EAC confirmed the project was eligible for the Percent for Art program and said it would have more information in 2019. But that update never came.

It turns out that Ken Lum did create the two pieces but they have been sitting in outdoor storage since 2016. "The city has expressed worry that First Nations and Indigenous voices today would object to this work and read it as colonialist, despite my intentions," Lum wrote on his website.

Called "The Buffalo" and "The Buffalo Fur Trader", the two bronze pieces were to be installed on either end of the bridge. The pieces would "stare warily at one another across the expanse of the North Saskatchewan river – the wisdom offered by First Nations and Indigenous peoples vs. the folly of the rapacious capitalist represented by the hatted white man atop a pile of buffalo pelts," Lum wrote.

Photo: The Buffalo and the Buffalo Fur Trader. (Ken Lum)