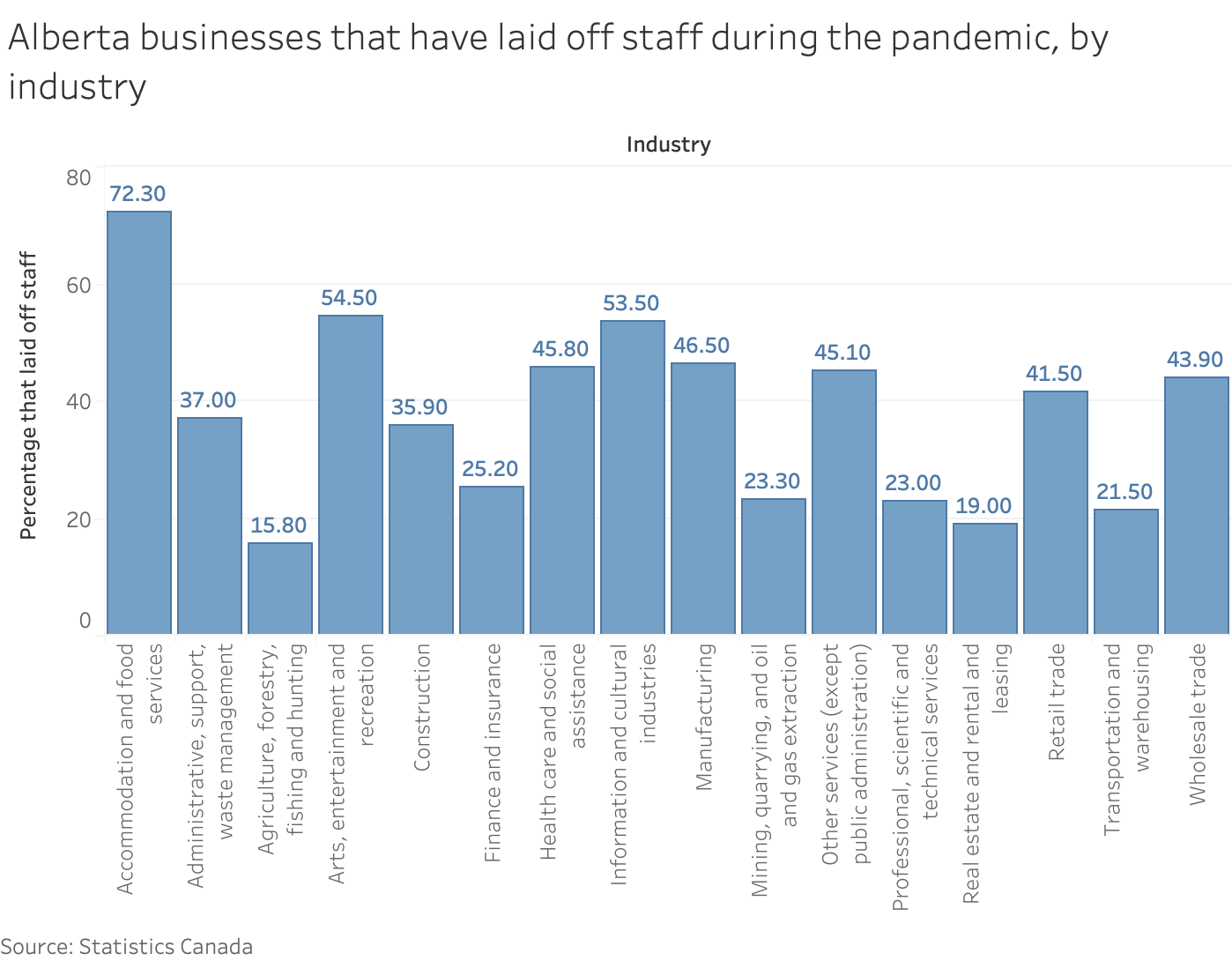 As businesses reopen or work back up to their pre-pandemic capacity and schedule, it is apparent that closures hit some industries and workers harder than others, according to data from Statistics Canada.

While many sectors cut hours and jobs during the pandemic, the accommodations and food service industries saw widespread layoffs, with 72% of Alberta companies in those sectors laying off at least one person. The majority of arts and entertainment businesses, as well as cultural and information services, also saw layoffs.

Many of those who lost their jobs were already struggling before the pandemic hit. On Aug. 11, the city's community and public services committee will receive an annual report from End Poverty Edmonton. The report found that most of the job losses in Alberta, and across the country, affected people already working low-wage jobs.

Before the pandemic, one in eight Edmontonians were living in poverty. While it will be a while before the full impact of the pandemic is apparent, End Poverty Edmonton says early signs are worrying. Applications for eviction support programs are way up and food insecurity is also on the rise in the city — both are considered important signs of increasing poverty.

"More than ever, we need an economy that works for everyone," the report says. "One that provides access to good jobs, higher pay, business opportunities and other benefits that will eliminate poverty in the community."

The report follows investments into affordable housing earlier this year. As well, economic recovery in the wake of the pandemic is an issue that many of Edmonton's mayoral candidates pegged as a top priority early in their campaigns.