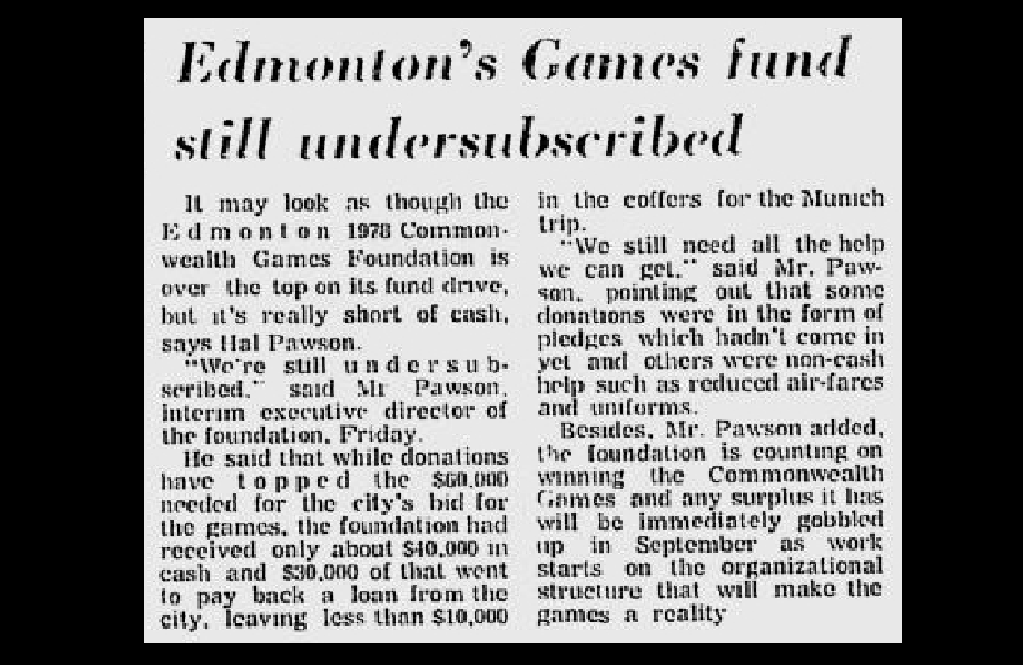 On this day in 1972, organizers in Edmonton were attempting to scare up more money for the city's 1978 Commonwealth Games bid.

When they put out the plea for more funds, it was with little time left — there was less than a month before the decision would be made about the location of the games. Luckily, that final fundraising push was a success, as Edmonton won its bid.

It was an ambitious pitch. Edmonton's bid led to the largest Commonwealth Games up to that point (as well as the first one to be called as such, dropping the old "British Empire Games" name). Close to 1,500 athletes from 46 countries came to the city to compete, along with thousands of spectators. In addition to the sporting events, 'Festival 78' brought hundreds of artists and performers from all over the world to the city. The games put a global spotlight on Edmonton, with the diversity of the city and Canada's spirit of multiculturalism key components of the celebration.

The 1978 games had a huge impact on the city which is still apparent today. Many of the venues built for the Commonwealth Games remain an important part of the city's sporting infrastructure. The main stadium now serves as the home of the Edmonton Elks, and the Kinsmen Aquatic Centre and the Argyll Velodrome were both also built for the games and are still in operation.

The most important legacy of the games might be Edmonton's LRT system. While the city started planning for a rail system in the late 1960s, the need to shuttle spectators around was undoubtly one of the reasons construction began in 1974. The LRT began operating in the summer of 1978, just in time for the event.

Edmonton considered playing host again with a bid for the 2022 games, but ultimately ended up dropping out of the race. Commonwealth Stadium recently reopened with new COVID restrictions for the Elks' season and Edmonton's LRT system has grown far larger than its original five stations, with more on the way. The city continues to play host to a plethora of international events and competitions, including the World Triathlon Championship Finals this week.