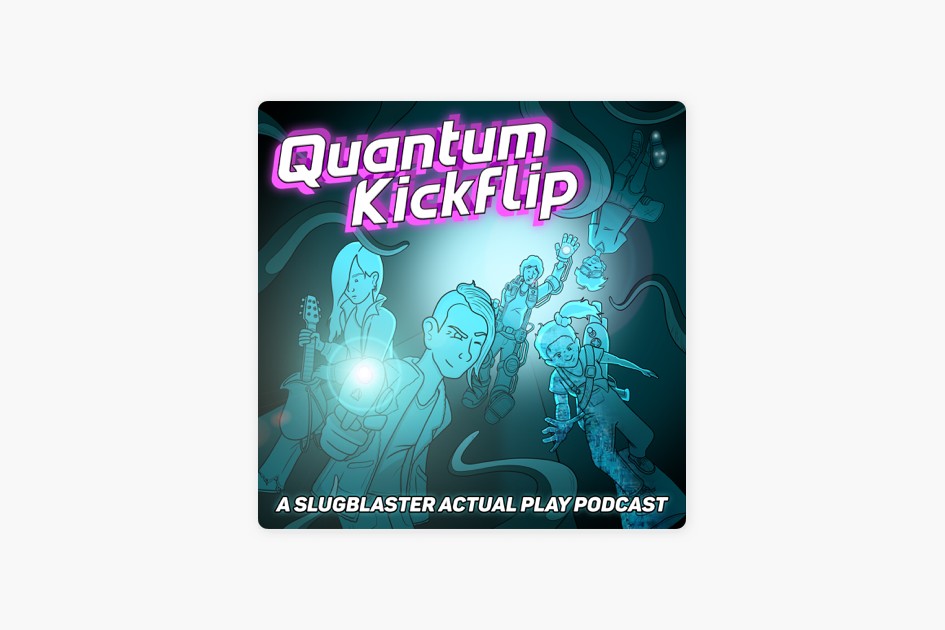 Quantum Kickflip, a roleplaying sci-fi series and member of the Alberta Podcast Network and Alberta Media Arts Alliance Society, came to a thrilling conclusion this week. Edmonton comedy group the Debutantes, self-titled the 'Weird Gravity crew' when playing, have been telling a serialized story through the locally made tabletop game Slugblaster since April.

Local creator Mikey Hamm built the game, which is about "teenagehood, giant bugs, circuit-bent rayguns, and trying to be cool." While the full-length version can only be pre-ordered for now, potential players can download Slugblaster Turbo as a teaser.

Outside the world of Slugblaster, the Debutantes have been writing and performing sketch comedy in the city since 2013. Notable performances include shows at the Toronto Sketch Comedy Festival, Rapid Fire Theatre's Improvaganza comedy festival, and the Winnipeg and Edmonton Fringe Festivals. The group has also published comedy shorts online and organized Odd Wednesday, a biweekly sketch comedy showcase at the Sewing Machine Factory.

You can follow the Weird Gravity crew's first adventure from start to finish now, and if you're hungry for more, you're in time for their new story arc to begin on Sept. 15 via their website, Spotify, and Apple Podcasts.