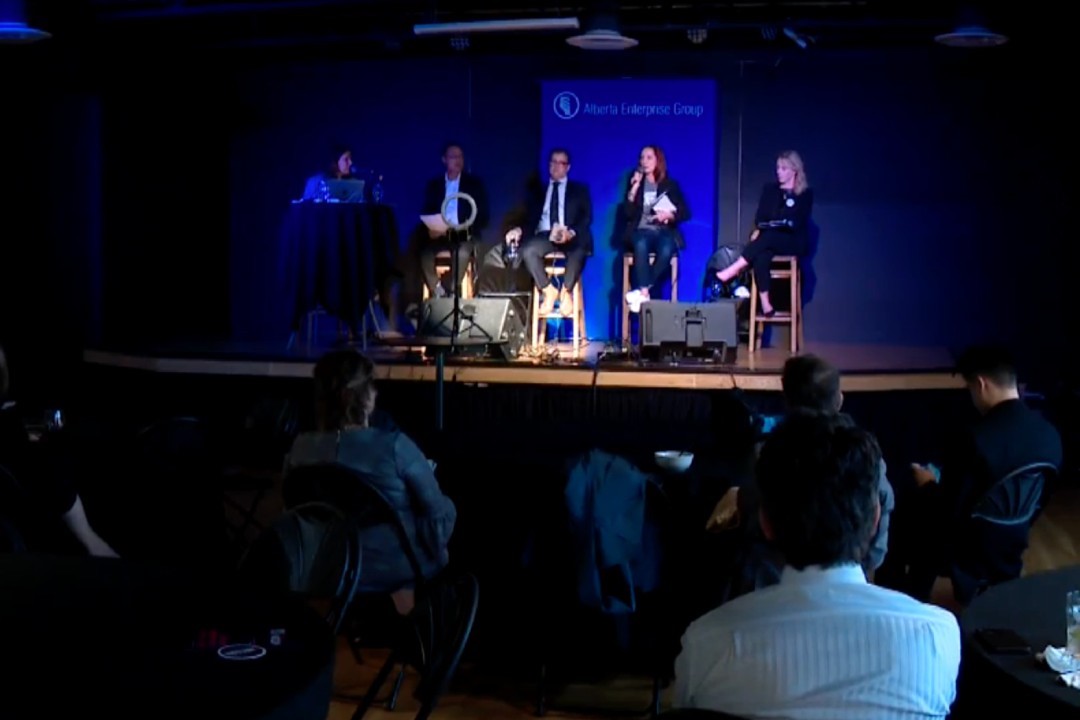 Photo: Kim Krushell, Cheryll Watson, Amarjeet Sohi, and Michael Oshry answered questions at the Alberta Enterprise Group forum. The other mayoral candidates were either not invited or, in Mike Nickel's case, declined the invitation. (Global News)