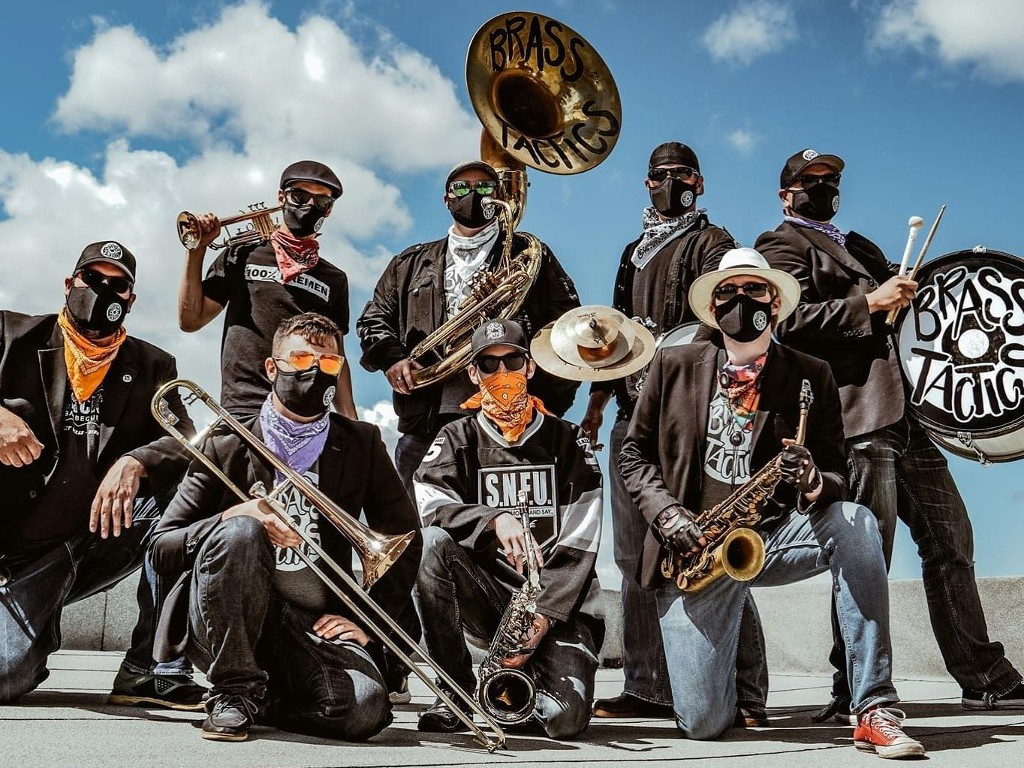 Edmonton's arts calendar came back to life with shows galore after the province lifted most public health restrictions on March 1, but COVID-19 is still wreaking havoc with events.

"We may be done with Covid, but it's not done with us," tweeted Winterruption YEG as it announced the cancellation of performances by DijahSB and Astral Swans due to illness. (Gavin Crawford's show was also cancelled due to COVID.) The rest of the festival continues, with a full slate of music, comedy, and drag planned for this weekend and next. The festival had already been postponed from its planned dates in January due to COVID-19.

Mile Zero Dance had to postpone blur after some members of its team got sick. The rescheduled show will now take place on April 2 and 3. New Moon Folk Club had to scramble after blues musician Kat Danser cancelled due to COVID-19, replacing her with singer-songwriter Martin Kerr.

Some day this will all be a memory, and it will be kept alive as such by a piece of public art. Mayor Amarjeet Sohi announced on March 26 that the city will commission a COVID-19 memorial. "The grounding nature of public art will memorialize this difficult and trying chapter of our story,⁣⁣⁣⁣" he tweeted. The memorial will be commissioned by the Edmonton Arts Council and is expected to be unveiled this summer.