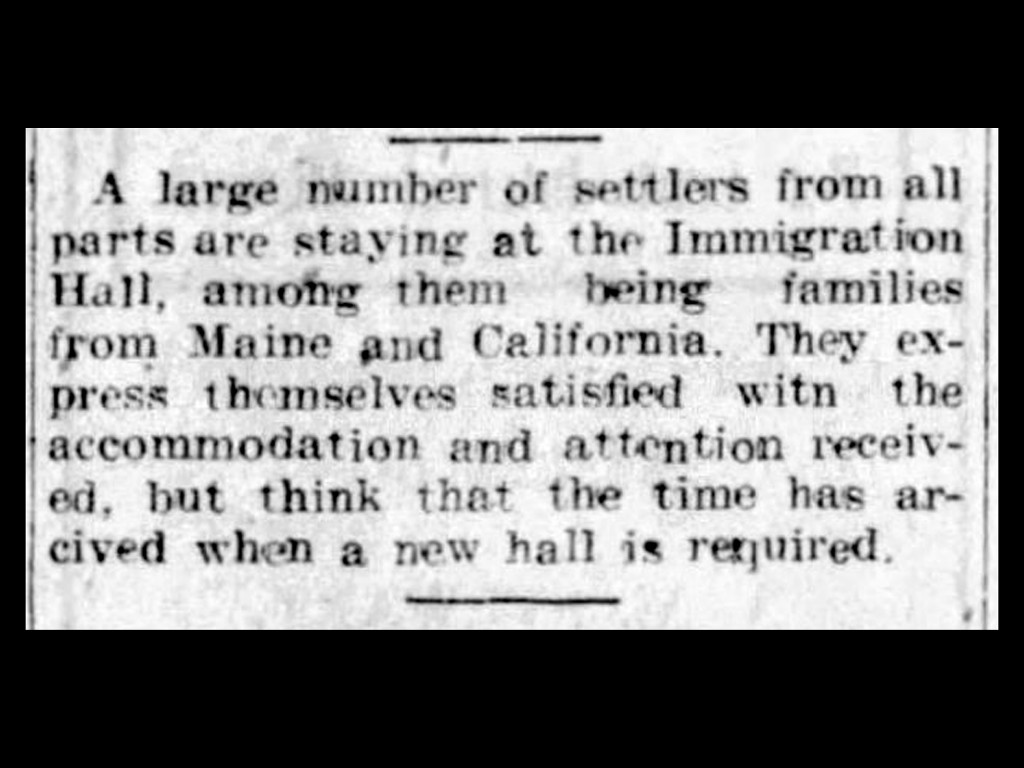 On this day in 1905, some of the new arrivals at Immigration Hall were saying the building was starting to show its age.

Immigration Hall was the first stop for many newly arrived Albertans. Like its counterparts in other Canadian cities, the hall was set up to provide support and temporary lodging for new immigrants, the majority of whom then moved on to nearby farms and homesteads.

The original Immigration Hall, built in the 1890s, was a three-storey wooden structure on 101 Street and 104 Avenue. The comings and goings prompted a lot of public interest. The Edmonton Bulletin provided regular updates, some quite colourful, including a 1910 dispatch about "a German musician with flowing locks" rolling into town.

It was a few years before the overcrowded building was replaced. In 1930, construction finished on a new Immigration Hall, one block west of the original. The new structure was much grander, built from brick and reinforced concrete in the Classical Revival style popular in Edmonton during the period. Building a larger hall proved prudent; immigration to Edmonton increased steadily. That number would skyrocket following the Second World War, and another wing was added to the hall to accommodate the greater numbers.

Around 1960, the hall stopped being used to accommodate new arrivals. The building sat empty and abandoned for many years, slowly crumbling due to neglect and vandalism. In 2009, however, the hall was taken over by the Hope Mission. It now serves as a long-term transitional housing centre, once again providing a home to those in need of one.

While the buildings and processes might not be the same, Edmonton continues to be a destination for many new immigrants every year, including those fleeing war and conflict. Earlier this month, 250 Ukrainian nationals landed in Edmonton following the Russian invasion of their country. As well, a newly opened health centre provides medical services to refugees, including those coming to Edmonton from Afghanistan and Syria.