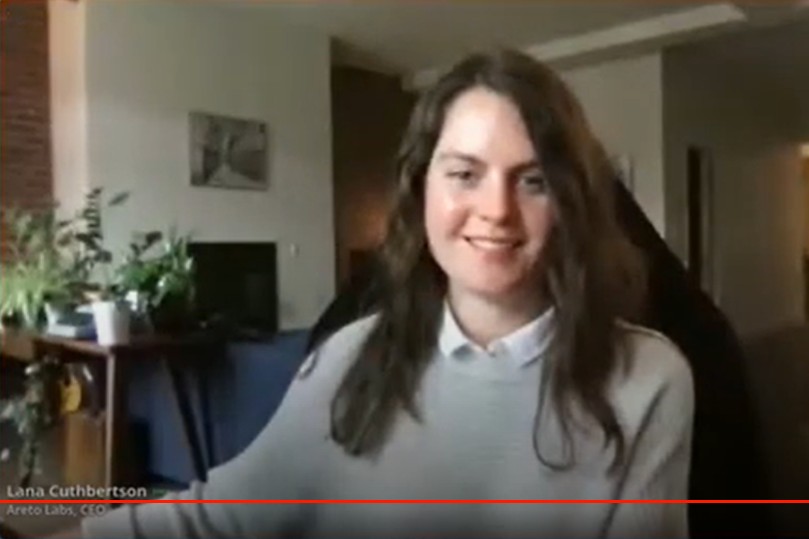 The TELUS Community Safety and Wellness Accelerator has given birth to the ScaleGood Fund, a $10-million social impact fund that aims to bring venture capital to companies solving complex social issues with the promise of a strong financial return.

The fund's first investment is in Areto Labs, which used AI to make digital communities more positive and inclusive. The Edmonton-based company, led by Lana Cuthbertson, Kasey Machin, and Jacqueline Comer, was part of the accelerator's first cohort, which held its demo day on April 19.

Areto Labs has developed tools to track the sentiment of social media messages sent to public figures on social media. It then reacts by posting supportive messages and filtering or muting the toxic ones. "We're focusing on the sports and media industries as our first wedge because of our backgrounds and connections to those industries and because we've proved that they're willing to pay to solve this problem," Cuthbertson said during her pitch. She said the company has $12,000 in monthly recurring revenue, and it expects to be profitable in about a year and a half.

ScaleGood's investment makes up a significant chunk of the money Areto has raised so far towards a $1.5 million seed round, Cuthbertson told CBC.

"Our first investment is a testament to our mission, and we strongly believe that Areto Labs will make a meaningful impact in the lives of all citizens and help reduce online hatred and cyberbullying, in addition to scaling and generating strong financial outcomes," Ashif Mawji said in a news release. He is managing director of ScaleGood Fund LP, chair of the community safety and wellness accelerator, and chair of the Edmonton Police Foundation, a sponsor of the accelerator.

Photo: CEO Lana Cuthbertson delivered a pitch for Areto Labs at the demo day for the Community Safety and Wellness Accelerator on April 19. (TELUS CSW Accelerator/YouTube)