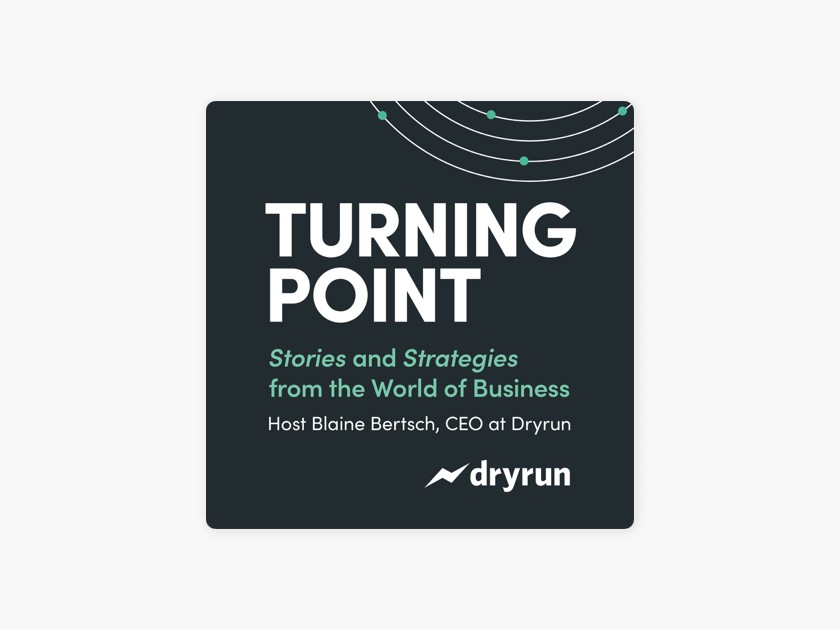 The co-founder and CEO of Dryrun has learned a thing or two in his entrepreneurial career, and he's found a way to both share those lessons and extract more from his guests on Turning Point with Blaine Bertsch.

Bertsch offers "stories and strategies from the world of business" through "frank and honest discussions with experienced entrepreneurs." Sometimes his guests are local, such as Gregg Oldring of Llearner, Derek Hudson of Unconstrained CFO, or executive coach Michèle Hecken. Other times, they're from outside of Edmonton, such as Erin Bury of Willful.

Dryrun, which Bertsch founded in 2016, has been in the news of late as one of the 11 Edmonton companies to receive innovation funding from Prairies Economic Development Canada at the end of April. The financial modelling software company will get $250,000 for enhancements and to launch new sales and marketing activities globally.

He has also benefited from money and mentorship from Sprout.vc, whose investment allowed the company to grow to nine people, he told Postmedia after Sprout announced the close of its second venture capital fund. You can get some more insight into a couple of Sprout partners on Turning Point itself; Bertsch spoke to Shaheel Hooda on Episode 16 and Mark Benning on Episode 5.