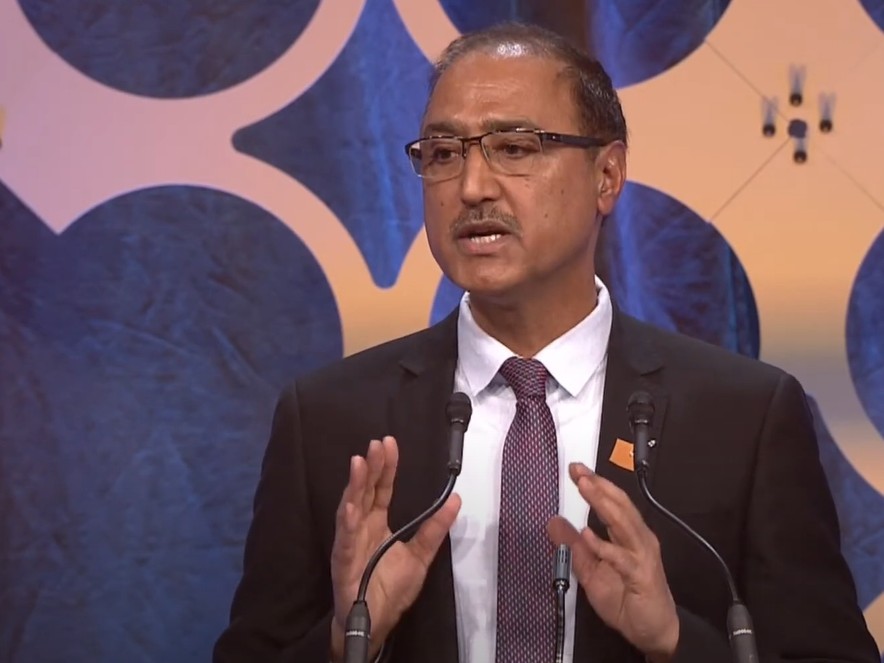 Mayor Amarjeet Sohi used his first State of the City address to criticize the province for its lack of support for Edmonton.

Echoing his critical reaction to the provincial budget, Sohi called on the Alberta government to step up to tackle houselessness, mental health, addictions, and trauma. He also said Edmonton has received less than its fair share of transportation and infrastructure funding compared with Calgary, does not receive sufficient funding for being a regional hub for social services, loses out on $14 million per year in tax revenue on government buildings, and has seen disproportionate cuts to the University of Alberta's budget.

"Edmonton deserves a fair deal," he said, after pledging to convene community leaders to find ways to end such challenges. "Work with us. We are your capital city. We make outsized contributions. Please stop holding Edmonton's economy back."

Sohi also touted positive things happening in the Edmonton region, including investments from companies such as Air Products and HCL Technologies, as well as the recently concluded Canadian Hydrogen Conference.

"As global markets and economies shift to reduce emissions, the Edmonton Metropolitan Region is poised to be a world leader in renewable energy in solar, geothermal and particularly in hydrogen," he said.

Sohi "maybe needs a memory lesson," Municipal Affairs Minister Ric McIver told reporters after the speech, listing other examples of provincial funding and citing a lack of context in the mayor's remarks. Edmonton Chamber of Commerce CEO Jeffrey Sundquist said he had hoped to hear more about how the city plans to attract investment as well as strengthen downtown and all the city's business districts.

Photo: Mayor Amarjeet Sohi delivered his first State of the City address at the Edmonton Convention Centre on May 10. (City of Edmonton/YouTube)