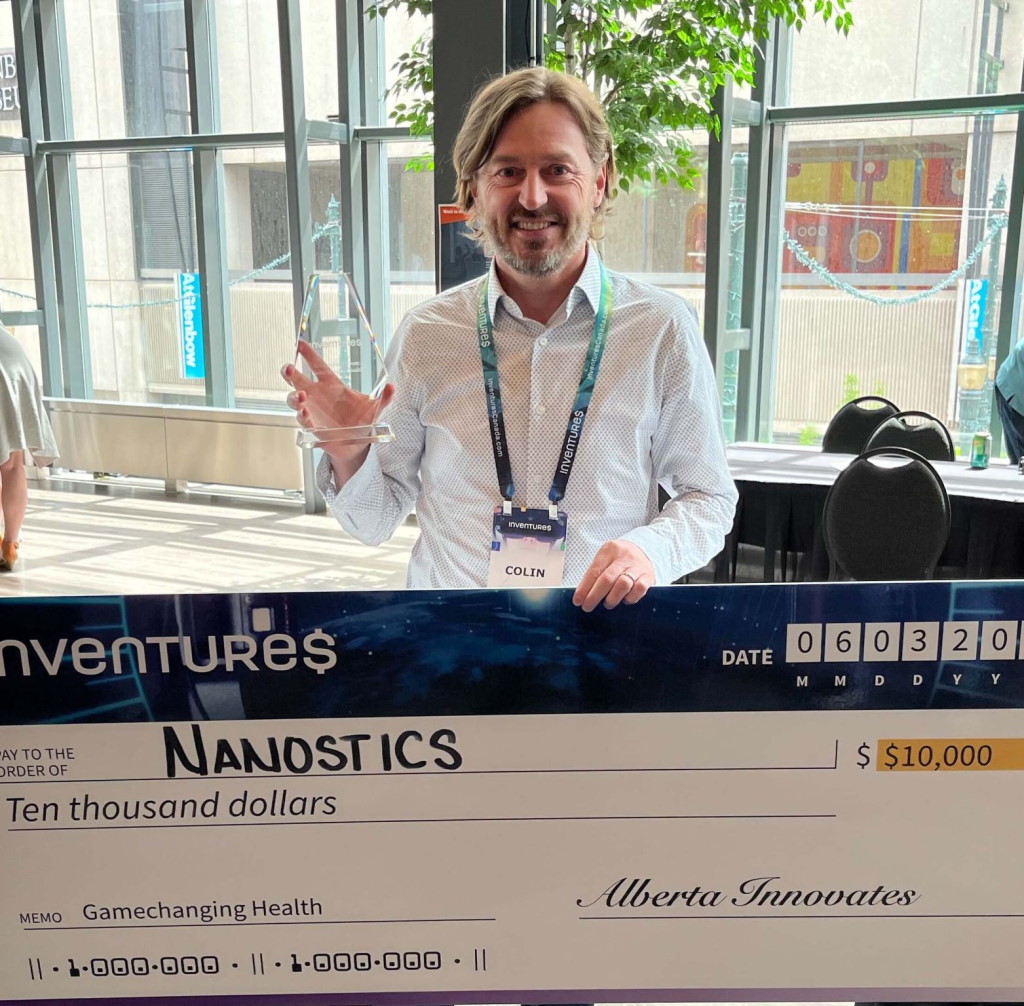 Nanostics, the precision-health company that develops and commercializes non-invasive diagnostic tests, won the pitch competition in the "Game-changing Health" stream at Inventures in Calgary on June 3, bringing home a cheque for $10,000.

The Edmonton-based company's core technology diagnoses disease from a blood test by combining a highly sensitive platform for the detection of extracellular vesicles with advanced machine learning algorithms. Its lead product is ClarityDX Prostate, which is designed to assist in the diagnosis of prostate cancer, decreasing the number of unnecessary biopsies or surgeries. It is currently going through validation through a 2,800-patient clinical study.

After his successful pitch at Inventures, chief commercialization officer Colin Coros spoke on a panel at the Health Innovation Hub's second meetup on June 9 about how impactful innovation awards are for maintaining the motivation and positivity of the innovators and employees of early-stage startups.

Coros was also onstage at From Earth to Space, NanoCanada's conference on the convergence of emerging technologies such as quantum, nanotech, biotech, and artificial intelligence which took place in Edmonton from June 8 to 10. Coros spoke on a panel about personalized medicine, representing both Nanostics and Entos Pharmaceuticals, the clinical-stage genetic medicine company where he is the business development lead.

More recently, Coros represented Nanostics at the Coast-to-Coast pitch competition on June 15 at the 2022 BIO International Convention in San Diego. Though the company didn't win that competition, they were "excited" to be among a small handful of companies selected to pitch at the event that attracts more than 15,000 biotechnology leaders and more than 3,000 companies from around the world.