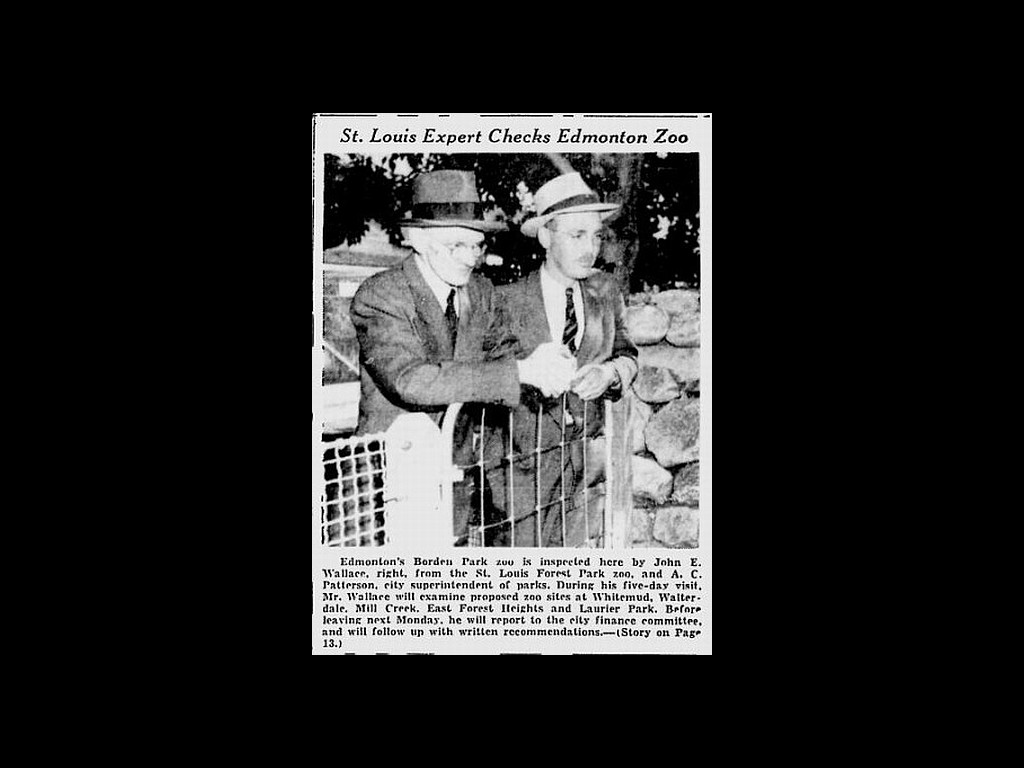 On this day in 1950, the city was sniffing out a location for a new zoo.

As part of the search, the city invited a representative from the famous St. Louis Zoo to help advise on locations. Edmonton's first such attraction opened in the 1920s at Borden Park, but by the middle of the century, the city was looking to use the land to expand Northlands Park. Several potential homes for the zoo were suggested, including Whitemud Park, Mill Creek, and Forest Heights.

Eventually, the city settled on Laurier Park, nestled in the river valley. On Canada Day in 1959, the Storyland children's zoo opened its gates to an excited public, according to the Edmonton Journal. The $500,000 project carried a fairy-tale theme, including a castlesque front gate, colourful cottages, and at least one terrifying Humpty Dumpty animatronic.

But, of course, the animals were the main attraction at the children's zoo, which hosted everything from horses and bear cubs to seals and tropical fish. The centre, later renamed the Edmonton Valley Zoo, remained a popular attraction in the city for decades. Then, in 1984, city council voted on a Master Plan that would see expansion and updating for the zoo and similar work a decade later.

By the early-2000s, the thinking around zoos was much different from the way it had been at the zoo's inception. Conservation, research, and public education were what people expected of a modern zoo. An updated plan developed in 2005 worked towards those goals, as well as aiming to provide better care for its animal inhabitants. Meanwhile, activists continue to push for Lucy the elephant to be moved to a sanctuary; zoo officials have resisted, saying the risks of moving her would outweigh the benefits.

The Valley Zoo is in the midst of another extensive renewal. The Nature's Wild Backyard plan began construction on new exhibits and educational attractions in 2017. While the first phase of the renovations is complete, more are planned for the future.

Like many other attractions in the city, the Valley Zoo has had to adapt to the changes brought on by the pandemic. And COVID-19 is not the only illness that has been causing concerns of late — earlier this year, the zoo isolated its avian exhibits from the public to protect the animals from a deadly strain of bird flu.