Edmonton's current poet laureate delivered a highly-charged, devastating 615-word performance in council's virtual chambers on Monday. Patel noted that her poem's word count — which represented the reported number of Albertan lives lost as of Dec. 7 — will grow as the total number of people who pass away from COVID-19 rises in the weeks to come. 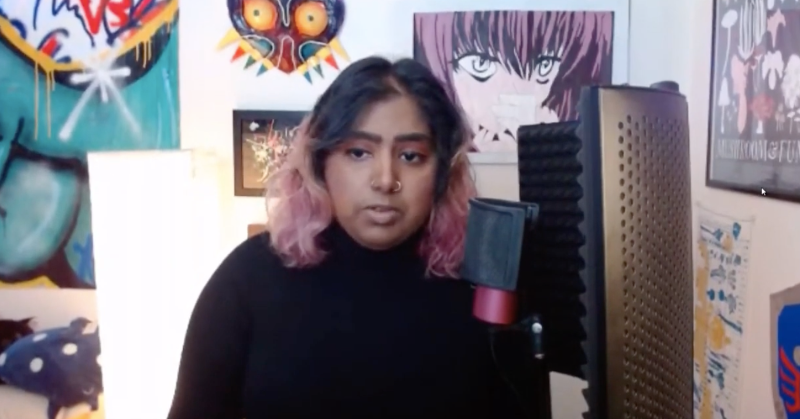 Teens take up the mantle to uphold Treaty and save the lives of those the City wishes didn't exist. The City wishes harder, shoves bodies into a convention center, and hopes the people with the votes are appeased that no tax dollars have been wasted. In fact, the City does not raise taxes, so I lay awake and wonder which part of the Municipal Government Act, Section 7, prevents the City from spending money in a crisis in the name of the safety, health and welfare of people. But then again, I’ve only spent ten years studying politics, so what would a property-less millennial like me know about it.

And your Worship, mostly I think about death. How my faith in politics died first in a refrigerator truck, then a field hospital.

"Please keep us posted as you add words to a poem that should be finished," Mayor Iveson requested as Patel's performance ended.

Patel later discussed her plans for the "living" poem with CTV.