Local publisher Roddy Campbell said it's been a "remarkable adventure" to get the magazine out the door each quarter, noting that his team worked to highlight unsung musicians over two decades of coverage of Canada's folk and roots music scene.

"We tried extremely hard, every issue, to publish unique content that highlighted distinctly creative artists at a certain stage of their careers," Campbell said. "Looking back, if there was one article that tickled me more than any other, just for the sheer absurdity of it all, I’d have to confess that Holger Petersen’s interview with Bill Wyman did the trick. An original and critical member of The Rolling Stones’ glory years in tiny Penguin Eggs! That’s a tale worth a round or two." 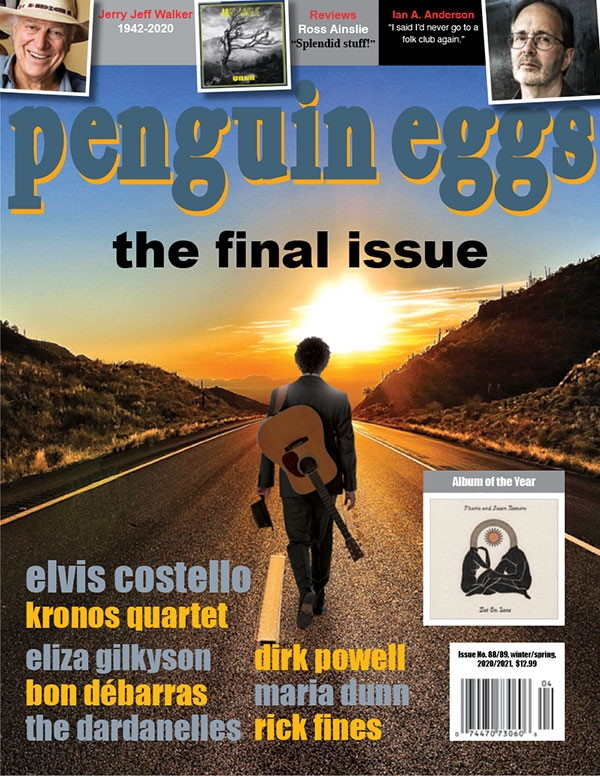 Campbell said that the economic fallout from COVID-19 and the relentless changes social media forces on the print industry contributed to the decision.

"Minority interest music magazines now need to reinvent themselves in order to deal with the digital technology that has undermined so many areas of the music industry, including print media. Such magazines need new blood. New ideas. New energy. Younger hands on the tiller," he explained.

"Let me say this, though: These last two issues are among the best we’ve ever published," Campbell noted. "As T.S. Eliot said, it’s better to go out with a bang than a whimper, heads held high."