Edmonton city council's executive committee has approved a recommendation to reimburse the developers of the Ice District for their portion of "Green and Walkable" expenses for upgrades to downtown Edmonton. The approval went through without debate.

The Green and Walkable Downtown project includes "improvements to downtown streets that will make (it) more accessible, easier to navigate and more pleasant for pedestrians." Improvements are set to take place over the next 15 to 20 years.

According to the report presented to the committee, the "total cost of the sidewalk infrastructure and amenities being constructed on city land is estimated at more than $6 million."

Following a review by city administration, it was determined that $2.895 million of the total costs are considered enhancements which would qualify as "Green and Walkable" sidewalk infrastructure and amenities which "go beyond minimum standards, and ... offer amenity value to the public." The funds to reimburse EAD Property Holdings (102) Corp. are expected to come from the downtown community revitalization levy (CRL). 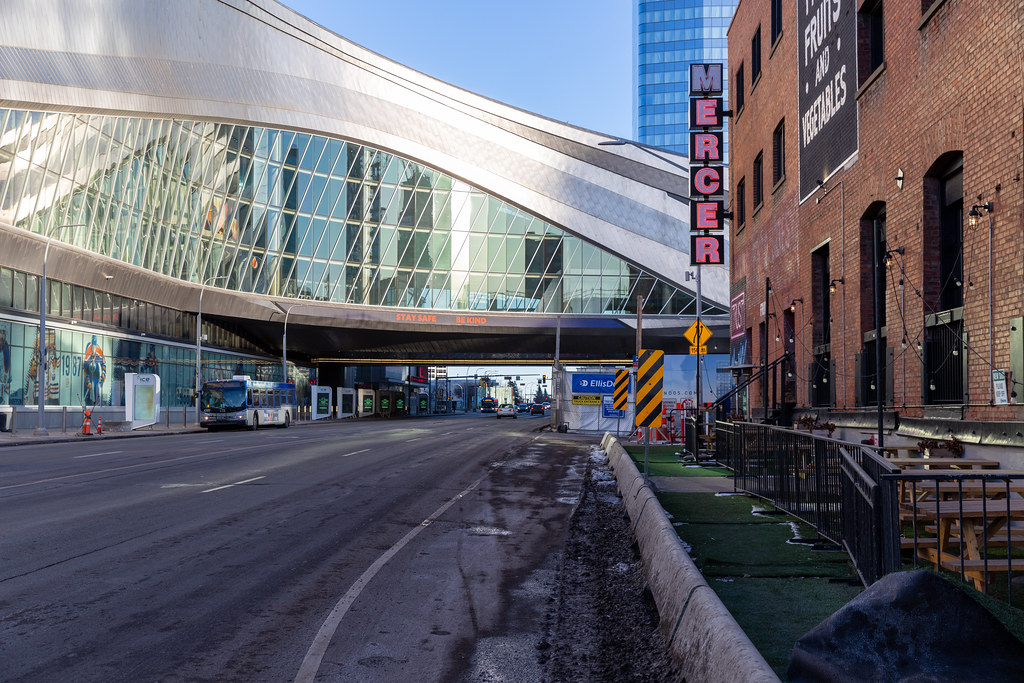 Green and Walkable improvements are coming to 103 Avenue (between 102 Street and the north-south laneway east of 104 Street). (Mack Male/Flickr)

The approved funding will be used in part for street amenities such as upgraded lighting, benches, and bike racks along 104 Avenue, 102 Street, and 103 Avenue.

"As a league we want to see a vibrant, walkable, friendly downtown and want to see Ice District completed to a level that will attract businesses, a place people want to be, and something we can be proud of as a city."