The city announced on Jan. 27 that it will not make any changes to current public health rules, instead allowing the province to take the lead as COVID-19 variants make their way into Alberta.

"The best way for these measures to come into effect is under provincial authority ... rather than municipality by municipality,” Mayor Don Iveson said.

"We're happy to provide input into those decisions and to support enforcement of whatever measures come in, but our strong first preference would continue to be for the Government of Alberta to make those decisions based on what powers it has and the information it has, which are both stronger than us.”

As of Jan. 25, Alberta Health Services (AHS) had detected five cases of the South African COVID-19 variant and 20 cases of the U.K. variant in the province. All were traced to international travel except for one, which the province suspects was transmitted within the community. Alberta Health Minister Tyler Shandro called this case "very concerning." 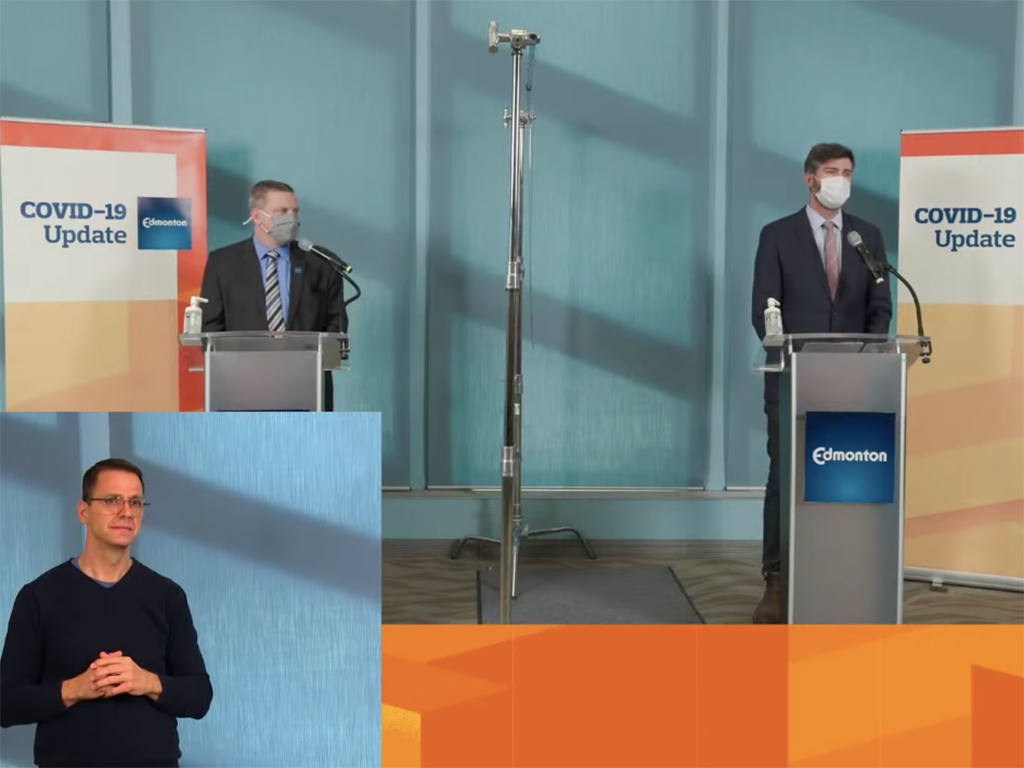 Iveson agreed that the variants are cause for concern, since they have shown to be more contagious, but said that AHS and the city's COVID-19 task team are closely monitoring the situation, and that current health guidelines are still sufficient.

"There is one thing that will not change no matter how many COVID-19 variants pop up — the very best way that we can keep people safe is by working to prevent folks from being infected in the first place," he said.

In an emergency advisory committee meeting on Jan. 27, Coun. Aaron Paquette objected to the idea of not imposing more restrictions, saying the city could do more to prevent the spread of the virus.

"I'm wondering if there is any rationale at all for not just following the examples of successful jurisdictions who've virtually eradicated this threat — which would render our entire conversation today moot?" he asked.

While Paquette did not provide examples of which jurisdictions he was referring to, Australia, Taiwan, and Vietnam have all been successful at nearly eradicating COVID-19 using short-term, stricter lockdown measures.

City manager Andre Corbould indicated the province's reasoning was that its rules allow for greater economic development during the pandemic, but Paquette disagreed.

The emergency advisory committee discussed several things the city could do aside from new restrictions, including supporting the provincial government with transportation and delivery of the COVID-19 vaccine, and converting public facilities into vaccination centres.

Iveson would also like to see stricter enforcement of social distancing and mask requirements, particularly after recent anti-mask demonstrations in the city.

"When this happens, people are afraid for their lives, or afraid for the lives of their loved ones," he said. "I would like to know that we would be able to take more assertive, if not more aggressive measures in those cases to protect the people that are conforming to our rules and regulations."

Corbould said the city will review the enforcement of public health restrictions, adding that Edmonton’s compliance rate is currently at 98%.

“We have very good compliance,” agreed McKeen. “We have a few people ruining it for the rest.”