The usual warm, soft-lit lustre of 104 Street has been restored after Blanchett Neon put in a good deal of elbow grease to revitalize the Neon Sign Museum — a collection of vintage signs hanging along the exterior walls of buildings between 104 and 103 Avenue.

The museum, which is operated by the City of Edmonton with advisory from the Alberta Sign Association, had fallen into disrepair recently, and Blanchett Neon was awarded the service agreement to get the display up and running again.

"Neon has gone the way of the dodo bird with LED revolution that's come through," noted Blanchett Neon's operations manager, Christopher Rogiani. He adds that because neon is extremely dangerous, running at high voltages with a tendency to arc out, displays like this one are increasingly rare, and repairs can be challenging as materials become obsolete. Especially in extreme temperatures, artefacts like these take extra care. 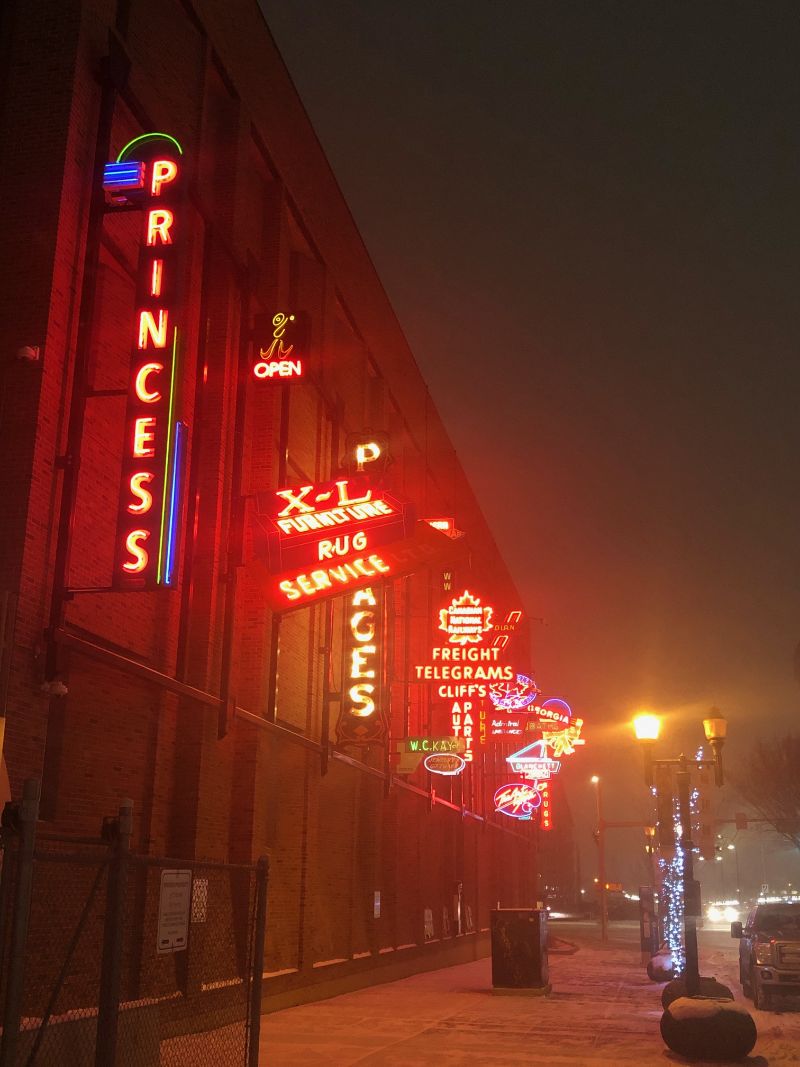 The warm hum of the Neon Sign Museum returns as an everyday fixture on 104 Street. (Blanchett Neon)

"Just like fluorescent tubes, it takes a long time for neon to heat up. We've put in a couple of contingencies to help with that," said Rogiani. That includes a reset of the signs every 24 hours, and keeping things running on a constant basis, especially the signs with motion features, like the rocking granny on the Hayden Furniture sign, or the swinging foot on the Mike's News sign.

There are currently 23 pieces on display at the museum, which operates around the clock. Blanchett Neon, which has been in operation since 1947, said it is looking forward to keeping it glowing for the foreseeable future.