Edmonton drivers may soon face fines for passing too close to cyclists, in an effort by the city to clarify the rules of sharing the road.

On Feb. 17, city council's community and public services committee unanimously endorsed a proposed bylaw that would define a "safe passing distance" between motorists and cyclists, and fine motorists for violations, similar to a bylaw passed by the City of Calgary in 2019.

A report presented to the committee states the new rules would align with Edmonton's City Plan, one of the goals of which is to improve the transportation network for pedestrians, cyclists, and transit users.

Typically, rules for cyclists on the road are set out by provincial governments. The Government of Alberta's Traffic Safety Act says drivers must pass cyclists safely, but does not clarify what that means.

Cycling advocates have been pushing for this bylaw for over a year. Christopher Chan, executive director of Bikes Edmonton, said the main benefit is that it "would make objective and clear what it means to drive safely around cyclists." 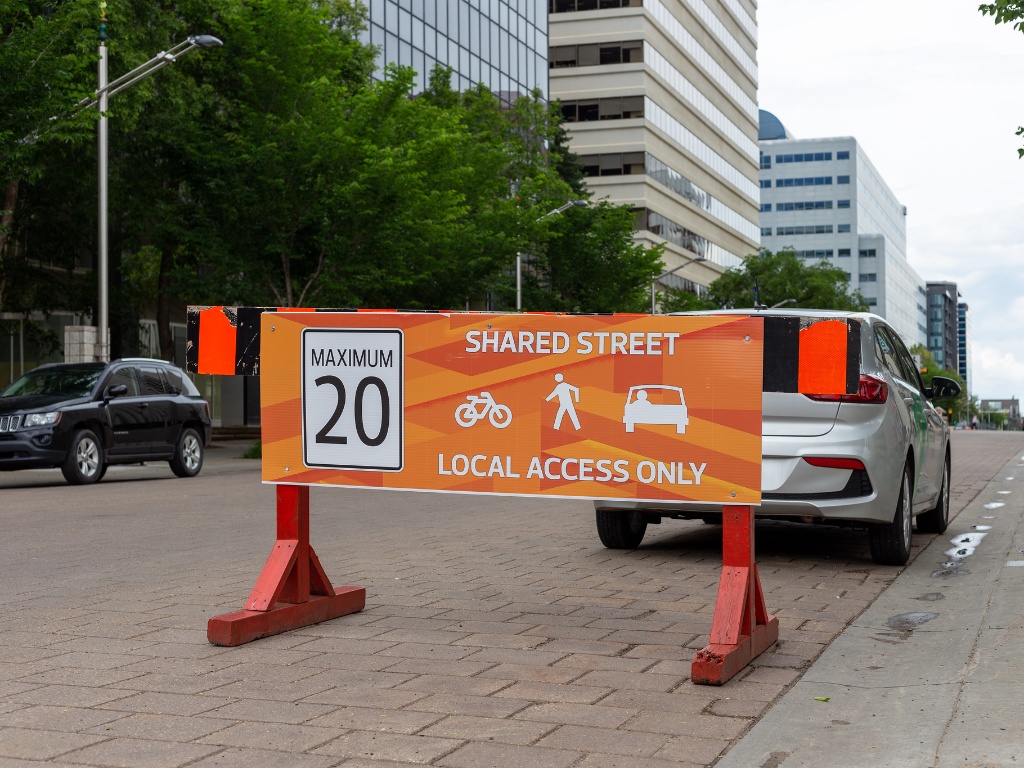 The bylaw is part of the City of Edmonton's effort to make on-street biking "safer and more convenient," per its Bike Plan. (Mack Male/Flickr)

Coun. Ben Henderson spoke in favour of the bylaw, agreeing that it "is mostly about clarity."

"Right now, we've got this deeply ill-defined thing that is probably as much a disadvantage to drivers as it is to cyclists, because what 'safe' is right now, is open to everyone's interpretation," he said.

The most recent City of Edmonton data shows that although collisions involving cyclists made up a small share of the total number of collisions in 2019, they were among the most dangerous. In 85% of incidents, the cyclist suffered "minor" or "serious" injuries. The data also showed that of the collisions with cyclists that resulted in an injury, the cyclist was deemed not at fault 71% of the time.

Chan said that clarifying the rules would not only help to avoid collisions, but would make cyclists feel more comfortable on the road.

"Even if you only have one in 10 drivers passing a little too closely, some people grit their teeth and bike through it and hope it doesn't result in a collision," he said."But for others, those types of interactions can be enough to deter from cycling at all."

In 2019, Calgary implemented a set of municipal bylaws outlining safe passing distances to supplement current provincial regulations. A minimum distance of one metre was set for driving speeds under 60 km/h, and 1.5 metres for speeds over 60 km/h. Drivers face a fine of $203 for violations of the rules.

Jacquelyn Oriold, a transportation safety education specialist with the City of Calgary, told Taproot that 40% of people agreed that the safe passing rule increases safety and comfort, in response to a survey conducted by the city in 2020.

"Feedback has been generally positive or neutral," Oriold said. "Quantifying the distance to give to people cycling when passing helped to remove ambiguity for people driving about what a safe passing distance should be."

Edmonton city administration will draft a bylaw that aligns with Calgary's, which will then be sent to city council for a vote. If approved, the bylaw would be subject to a 60-day period where the public can weigh in, a formal public hearing, and another council vote.