This week's news that Common Ground Arts Society is bringing the RISER program to the city for the 2022 season was a welcome bit of looking-forward for an industry devastated by a year of closures and cancellations.

Initially created by Toronto's Why Not Theatre to address challenges for independent theatre producers, RISER is a collaborative producing model that connects underserved artists with established leaders in the community. Where infrastructure and underused space are available, RISER steps in to help pool resources, with participants receiving in-kind support like rehearsal space and technical staff to reduce the costs of production.

“It’s a win-win for everyone," said Beth Dart, Common Ground's artistic producer. "We share the risk, we resource the next generation of theatre artists, we invest in the future of Canadian theatre, and we close the mentorship gap that exists in those in-between years when artists need the most support to transition from emerging to established.”

Dart first learned of RISER in 2016, when the multi-award-winning two-hander Mouthpiece — created with RISER Toronto in 2015 — was generating buzz at the Chinook Series. "We've been keeping an eye on the RISER Project since then," Dart told Taproot. 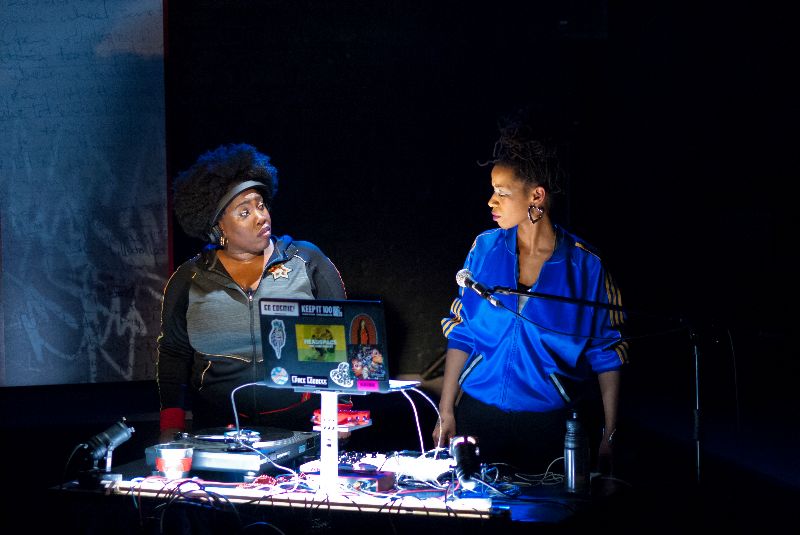 Artists Motion and DJ L’Oqenz in Oraltorio: a Theatrical Mixtape, part of RISER Toronto in 2016. (Photo by Eric Faulknor)

In 2019, Why Not Theatre reached out to numerous theatre companies to see if Edmonton was the right place to launch RISER National. Over the next few months, Common Ground got involved in those conversations, which grew into RISER's first national partnership.

"Supporting our local independent artists is at the core of Common Ground Arts Society's mission. This was a natural next step for our tiny but mighty organization," said Dart.

"This great pause in live events has provided time for reflection, and throughout the community we're seeing organizations focus on how we can support the development of our local artists, and take stock on how this industry has failed local artists in the past," said Dart. "It's clear that mentorship, resource sharing, and opportunities for early career, independent, and historically underrepresented artists are the keys to fostering a community that celebrates our local creators."

The program will support the development and production of four new Edmonton-based projects each year, the first productions set to hit the stage in February 2022. Applications for the RISER program are being accepted until April 16.