Edmonton city council said it is unlikely that it will use a community revitalization levy (CRL) to help fund LRT projects, and may not use them for other city projects in the future either.

In an executive committee meeting on March 1, Mayor Don Iveson concluded that future LRT lines will continue to be paid for out of the city’s regular budget instead.

"The incentives aren't there, and we can do this using general revenues," he said.

CRLs use projected future tax revenues to fund projects inside designated boundaries. The city takes on debt to finance the projects, and as they are completed, property values go up and new development is attracted to the area. The municipality can then pay back the debt with the subsequent increase in property tax revenues.

In Alberta, the provincial government also loans its share of the future increase in revenues, collected through the education property tax, towards the city's fund.

"That is really the big cherry on top, and the reason municipalities tend to go down a CRL route in Alberta," Cate Watt, branch manager for the city's assessment and taxation department, told Taproot’s Speaking Municipally. "The province forgoes its education tax for that uplift, and the municipality is allowed to garner that ... and put it into the CRL pool as well."

The City of Edmonton currently has three active CRLs, one of which helped fund the construction of Rogers Place. On Monday, executive committee met to discuss the possibility of creating a new CRL to fund future LRT lines, which could contribute to the city's transit-oriented development goals. 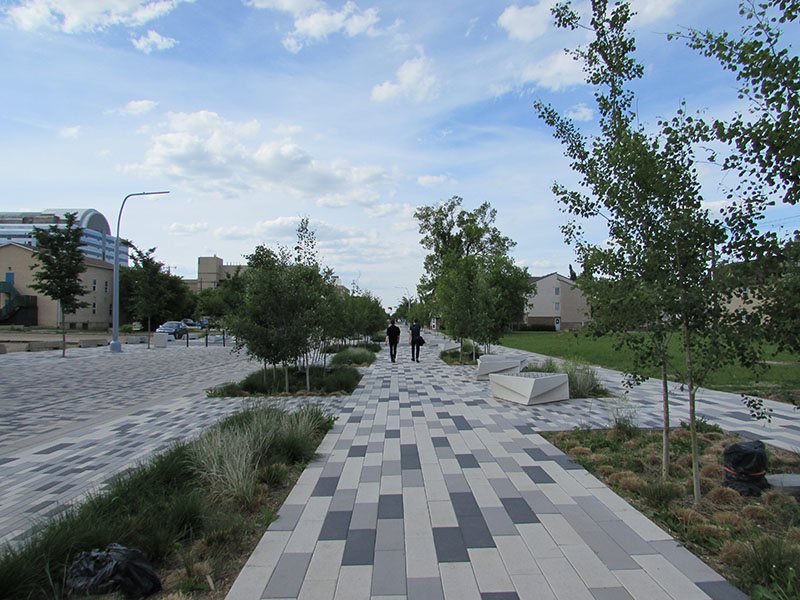 The Armature, a pedestrian-oriented street, was partially funded using the Quarters Downtown CRL. (City of Edmonton)

"It could be used to focus city building objectives," said Coun. Sarah Hamilton. "We have a really ambitious city plan ... that requires us to focus growth in particular areas of the city."

However, Watt and fellow tax policy advisor Anton Szabo pointed out that the provincial government has not approved a new CRL since 2014, despite attempts of other municipalities in the province.

"The province has not suggested it's interested," Szabo told Speaking Municipally. "What's remaining in this conversation is, do we still draw a box, and just use the municipal tax revenues."

Szabo also believes there isn’t a lot of value in using CRLs. Without the extra money from the province, the city would not gain much, and it would restrict itself to only being able to spend a portion of its tax revenues inside a designated barrier. Plus, it could fund the same projects with a regular investment.

"If you want to spend municipal tax revenue in an area in order to promote city building objectives, just do it," he said. "You can simply approve a tax increase."

Committee members decided not to pursue a CRL for LRT projects following Szabo and Watt's advice. While the committee did not explicitly say the city would not pursue any CRLs in the future, Iveson agreed they are likely not worth it without contributions from the province.

"That was really the sweetener," he said.

The episode of Speaking Municipally that this article references will be available on March 5.