Beginning next month, single cash fare trips on transit could get more expensive.

On April 13, city council's executive committee endorsed the move to increase the cash fare to use Edmonton Transit Service (ETS) to $3.75 from $3.50. The committee was also in favour of introducing a discounted rate of $3 for smart fare users once the system is implemented later this year, which will allow riders to pay electronically using a card.

City of Edmonton data shows ridership in 2020 was down 44.3% compared to 2019. A report from administration said the city will need to make up $870,000 in budgeted revenues for 2022 if the fare increase is rejected.

"We're really in a tight spot. This year, there is no way taxes can be raised to raise that money," said Coun. Aaron Paquette. "We have to raise fares a modest amount to help cover some of this cost."

The increase to $3.75 was originally scheduled to come into effect in February, but was postponed until May. It is scheduled to go up again to $4 by the end of this year. Council first approved the increases in 2019, and decided to follow through on the decision because of declining revenues over the course of the COVID-19 pandemic.

The endorsement was not made without opposition. Danika McConnell, an organizer with Free Transit Edmonton, said the increase will lead to lower ridership, ultimately resulting in more losses for the city. 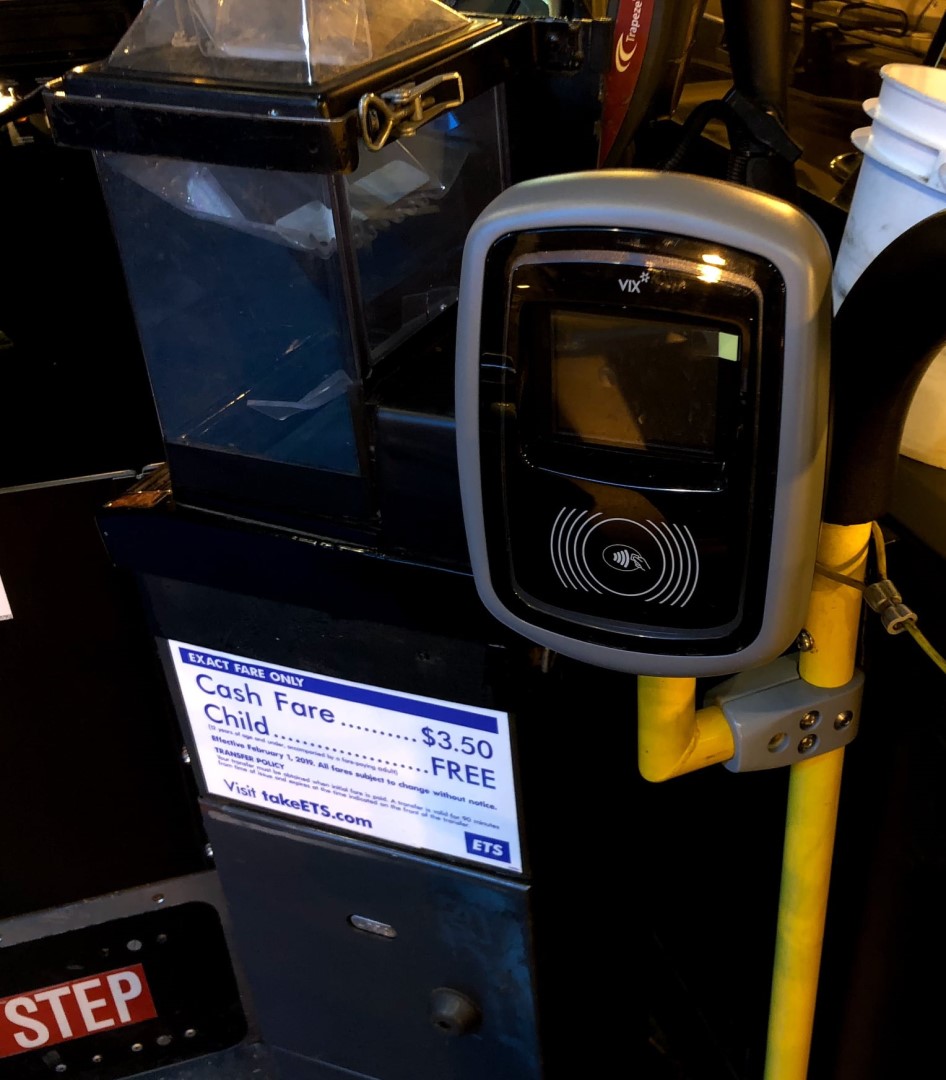 Once operational, transit riders will be able to tap a smart fare card to pay for single trip fares electronically. (City of Edmonton)

"The city's own data shows that with every fare increase, ridership drops by hundreds of thousands of rides," she said. "In a year where ridership has plummeted for reasons outside of council's control, it's illogical to take more steps to push riders away from transit."

Free Transit Edmonton, a volunteer organization that advocates for fare-free public transportation, submitted a petition to freeze the cash fare to council on April 12, which now has more than 1,500 signatures.

"You get quite a good discount if you can use the pass," he said. "It basically allows you to buy your monthly pass in increments, as individual rides."

McConnell argued this does not account for Edmonton’s vulnerable populations, who are less likely to be able to access the smart cards or have them on hand at all times.

Despite Free Transit Edmonton's efforts, executive committee voted unanimously to support the fare changes — Coun. Michael Walters and Coun. Bev Esslinger were absent from the meeting. Council will take a final vote on the new rates on April 19 and if approved, they will come into effect on May 1.

The City of Edmonton did not provide an update as to when the smart fare system would be operational. It was supposed to be in place last summer, but was delayed due to the COVID-19 pandemic.

Editor's note: This story was edited on April 19 to clarify that the smart fare system will be implemented later this year, and also that city council first approved the fare increases in 2019, and decided to follow through on the decision because of declining revenues over the course of the COVID-19 pandemic.