Edmonton is on track to rebound this year from one of the steepest economic plunges among Canada’s big cities as analysts express relief that Alberta has avoided mass bankruptcies and other long-term impacts from COVID-19.

The Conference Board of Canada expects Edmonton’s GDP to grow 6.3% in 2021 after recording a 7.2% drop last year, YYC Business reported.

“As infections subside, vaccines are distributed, and economic activity intensifies, the city’s economic growth is expected to continue into next year, with a 5.4 % expansion set for 2022,” the board said in its latest report.

“However, there is good news: thanks to unprecedented levels of government support and the resiliency of Albertans, this has not come to fruition,” its latest quarterly snapshot said.

The group representing more than 100 Alberta chief executives sees signs of optimism in low consumer and business bankruptcies, more businesses opening or reopening than closing, and plans by business leaders to hire more workers and invest more in the coming year. 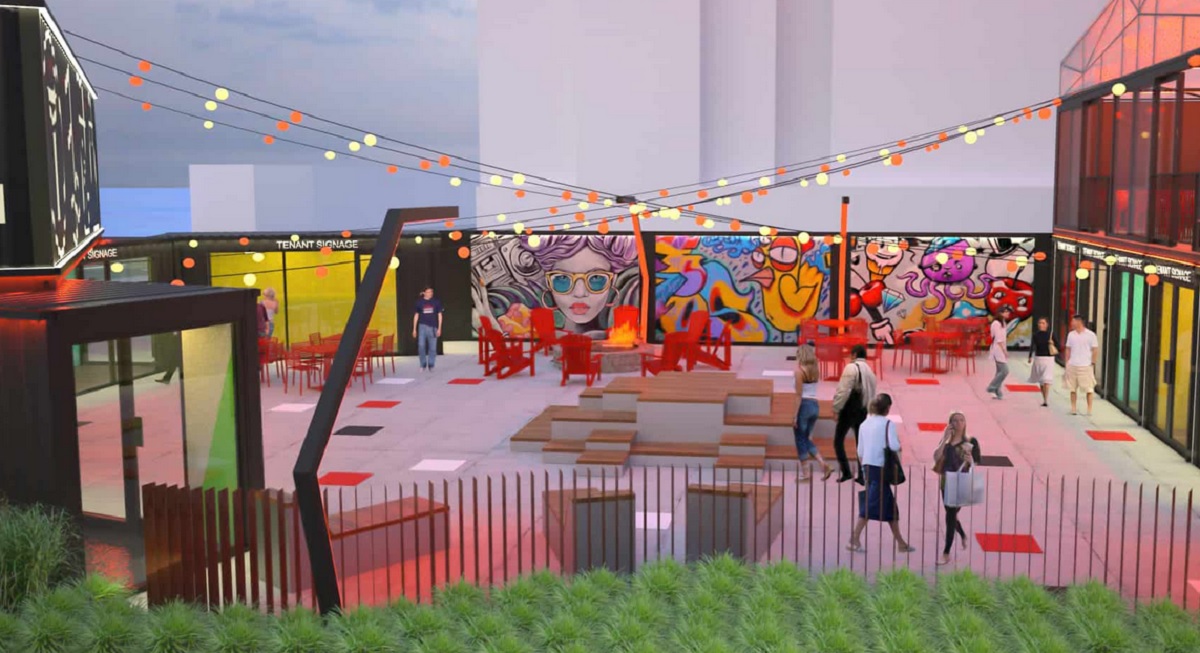 Station Park in Old Strathcona is seen as a positive redevelopment indicator. (Courtesy of Beljan)

The most recent retail spending figures from Statistics Canada show the trend of varying rates of recovery, with sales across Alberta rising for the sixth consecutive month to $7.4 billion – up 1.1%. – while sales at clothing stores remain down by 26.8% from a year ago.

The bruising blows of prolonged pandemic gym lockdowns also forced International Fitness Holdings, which operates 21 gyms in Calgary and Edmonton under the names GYMVMT, HER GYMVMT, Bankers Hall Club, and ClubFit, to announce some will close in an attempt to stave off bankruptcy, CBC Calgary reported.

On the commercial real estate front, Avison Young rated the Q1 performance of the Edmonton office market as “relatively positive,” with the overall vacancy rate trending downwards since last quarter. Vacancy in the Financial District slightly decreased while the deal by Edmonton Catholic Schools to buy the 50th Street Atria for its headquarters tipped the overall market into positive territory.

Old Strathcona is highlighted for potential growth and an interactive map shows some notable Old Strathcona developments, including a timber mixed-use tower, beautification of the back alley from 104th Street to Gateway Boulevard, and redevelopment of the CP Rail Station as micro-retail spaces.