Smart lighting firm G2V Optics announced it has raised $2.6 million in growth funding, led by Accelerate Fund II which first invested in the company in November 2019. Other seed round investors including DJI Capital, ThresholdImpact, Bluesky Equities, and Ashif Mawji participated as well.

"This funding is significant for G2V because it has really positioned us with a focus on growth coming out of 2020. I think that so many companies are still dealing with uncertainty - both locally and globally - from COVID-19 and we're incredibly fortunate to be in a position of strength to expand our business," said CEO Ryan Tucker.

"We also love the signals of support from our investors and funders like Western Diversification who've seen the impact that G2V's technology is having on the world stage and have doubled down on scaling with us."

G2V Optics will use the funding to expand its customer acquisition program and underlying operations, as well as build out a more robust customer success program which it says is "quite unique in our competitive space."

The company has raised more than $5 million since the beginning of 2019. It was also recently named as one of the recipients of up to $100,000 in funding through the Sustainable Development Technology Canada seed fund. 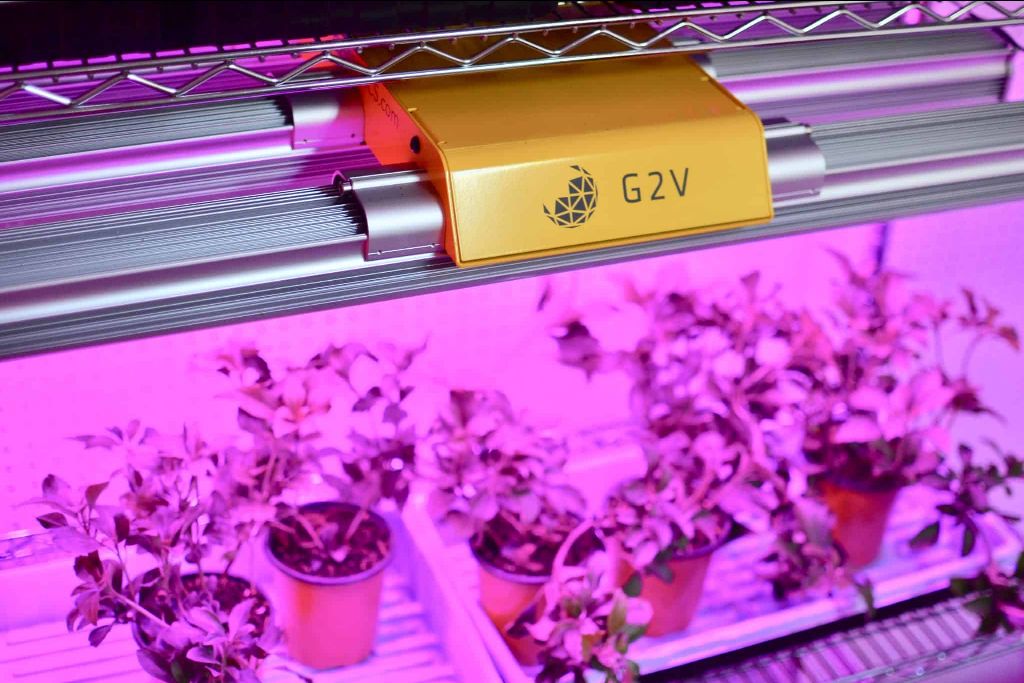 G2V's high-tech lights can be used to help plants grow under natural conditions by simulating how geography changes sunlight. (Supplied)

G2V has been able to build momentum, even through the pandemic.

"Since our sales cycles are a bit longer and our customer base is primarily outside of Canada, we've continued to see advancement and sales from our customers beyond what we had projected," Tucker said.

"It has certainly been a trajectory change and we continue to deal with the supply chain and remote work challenges, but overall we've been pleasantly surprised by our market's response compared to what we braced ourselves for in March 2020."

The growth capital news closely follows the recent announcement of its new partnership with the U.S. Department of Energy’s National Renewable Energy Laboratory (NREL) which will use "a G2V Sunbrick™ solar simulator in the first phase of a collaborative plan to validate LED solar simulator performance toward its ultimate use in better testing of multi-junction solar cells."

G2V is expecting to share the results of that partnership soon and Tucker said more announcements about results the team has been working on with researchers will be coming as well, including a project it was recently awarded for a major aerospace initiative.