While many businesses have been forced to turn on a dime during the COVID era, dance companies have been 'pivoting' for decades.

Whether it's reinventing ways to engage new, and sometimes reluctant audiences, or animate unconventional spaces like motels or concrete parkades, Edmonton's Mile Zero Dance has long been a source of some of the city's most innovative and experimental programming — and it was ahead of the curve when it came to showing dance on film, too.

This year's REELING: Dance on Screen is Mile Zero's fifth biennial presentation of short dance films from all over the world, streaming online May 13-29. Artistic director Gerry Morita recalls how the landscape has changed in the past decade since the series began.

"The medium itself is really evolving as a potent form of film," Morita says. "Now we're seeing this on TikTok, and how people are using Instagram, all these companies are using live feed all year. This way to take the human body and this live experience into a filmed presentation format is finally coming of age."

She notes that the tools to make films have become more accessible, allowing performers from every corner of the globe to record and disseminate their work.

For this year's REELING, the jury sifted through more than 1,000 film submissions, with 34 films making the final cut to include in the series.

"It's more democratic and less elite than it was before," Morita says. "You have a million-dollar budget on some of these films, but then the next one is $1,000 and it's just as amazing." 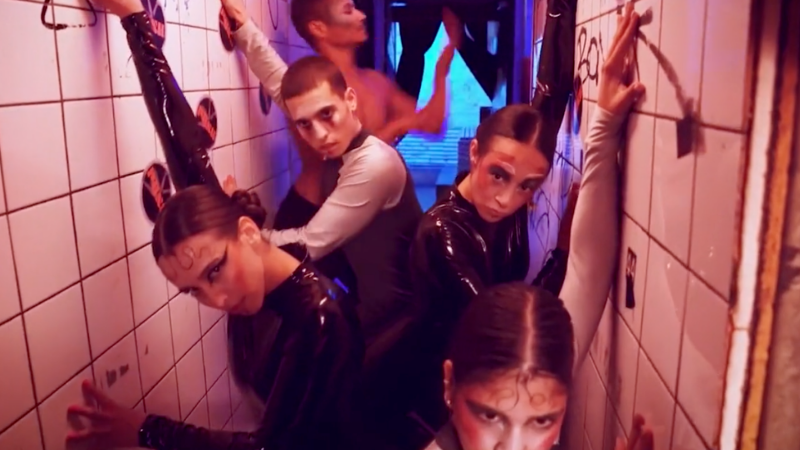 Also in the mix this year is filmmaker Shawn Tse, who co-curated the series and programmed two panel discussions that will offer deep-dive conversations about the form. In curating the series, Tse notes that it was important to consider who was being included in the platform.

"What I was thinking about was representation," he says. "I was really trying to think about where the filmmakers or the choreographers were coming from and what they were trying to say about either their site-specific work or the themes that they were trying to discuss. I think a lot of the work actually ended up being very political. We are trying to get into those conversations of how people are pushing the narratives and the conversations within their own communities."

Representing Treaty 6 in the lineup is Rebecca Sadwoski's The Sash Maker. Other films, ranging from two to 10 minutes in length, are from Brazil, Cuba, Japan, Uganda, Romania, Israel, and beyond.

"There's such a global scope that we were able to gather this year. It was such a privilege to be able to watch these films from all over the world at this time when we're all experiencing this weird pandemic situation," Morita adds. "The joy of watching dance is that it's not a narrative-based form. You don't need the extra layer of language to guide you through the meaning of the work. The window to experience that from everywhere is such a gift."

The three packages of online screenings — titled Struggle, Divergence, and Departures (the latter is also being shown as a drive-in at Bonnie Doon Mall on May 29) — each run approximately one hour, and will be available to stream from the launch date until June 5.