The Edmonton Metropolitan Region Board (EMRB) has voted to explore the creation of a unified climate strategy, which would include coordinating carbon budgets and green construction standards between many Edmonton-area municipalities.

The board members, including mayors and officials from 13 municipalities, agreed unanimously on June 10 to support the motion.

The motion was initially brought forward by Edmonton Mayor Don Iveson in April, who argued that coordination between municipalities is necessary to properly address the effects climate change will have on the region.

"Climate change impacts ... don't start or end at our municipal boundaries," he said. "(They) require us to think and design approaches in a similarly borderless way."

As part of Edmonton's Community Energy Transition Strategy and Action Plan, approved by city council this spring, the city has already begun implementing building standards that ensure greater energy efficiency. It also introduced a carbon budget, which outlines restrictions on how much carbon dioxide the city can emit to align with the worldwide goal of limiting overall global warming to 1.5C, as outlined by the International Panel on Climate Change (IPCC).

Edmonton's carbon budget allows it to emit a maximum of 155 megatonnes of carbon dioxide between 2019 and 2050 — requiring a reduction in the average household's annual emissions from 20 tonnes to three tonnes.

Iveson said the motion will encourage the rest of the municipalities to follow Edmonton's lead.

"The (carbon) budget is one we need to balance," he said. "Edmonton is going to balance that budget in the coming years, and it sends a much stronger signal ... if our whole region is trying to do that." 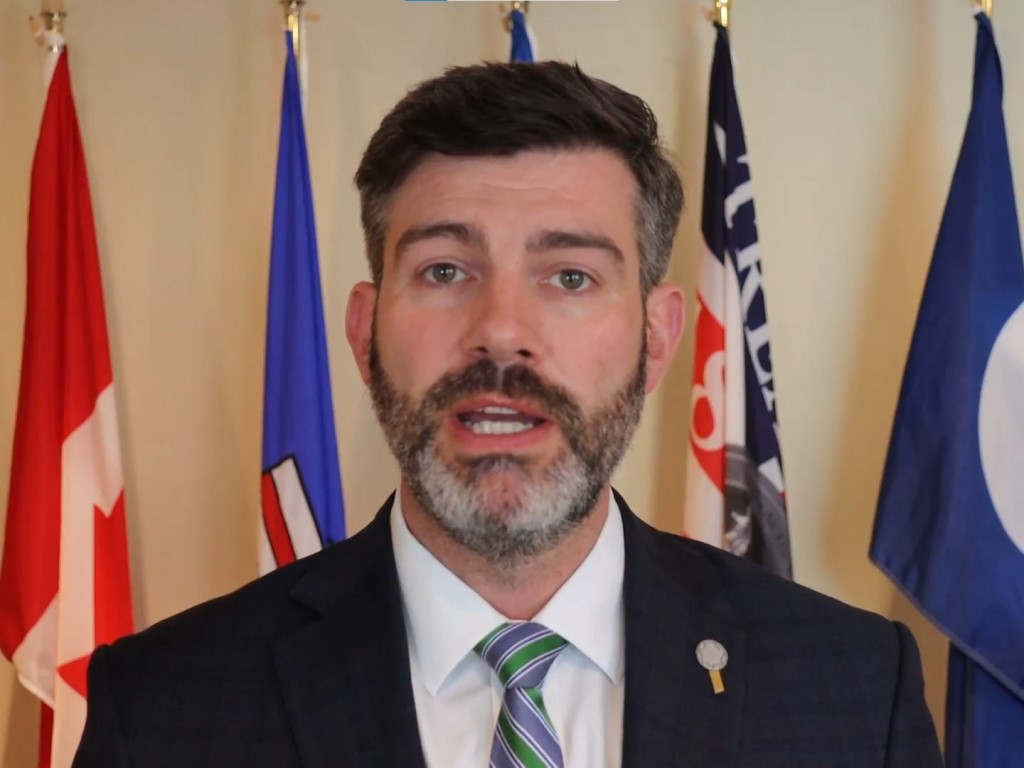 Speaking to media after the EMRB meeting, Mayor Iveson said regional collaboration will help the environment directly, in addition to attracting private investment into green development. (City of Edmonton)

Though all members supported the motion, some were concerned that unified standards would not properly account for the different challenges and capacities of each municipality.

"There are differences in size and population, in daily travel needs, different commercial and industrial building types," said Strathcona County Mayor Rod Frank. "If the report doesn't reflect that, its utility is going to be lessened."

"I'm concerned what is happening is we're using buckshot, when we should be using a sniper rifle," agreed Sturgeon County Mayor Hnatiw.

Others pointed out that the motion only directs the EMRB to look into the concept, and that details on how a regional climate strategy would be implemented between municipalities can be worked out at a later date.

"All I see at this point in time is this is exploration work — nothing's going to happen as far as implementation," said Fort Saskatchewan Mayor Gale Katchur. "We'll come back to the board for a decision on exactly what we want it to look like."

Two small amendments were made to Iveson's original motion, to make the language more inclusive of distinct municipalities. Iveson agreed that a regional climate strategy should reflect these distinctions, but said the region should coordinate wherever it can.

"We all take these issues seriously, want to work in unison on them, want to secure opportunity, want to have cleaner air, and want to have jobs and economic relevance going into the future," he said.

"Getting to those outcomes requires a journey of a thousand steps — this would be our first."