While the month of June marks Indigenous History Month, a number of screenings and other celebrations across the country are planned around June 21, National Indigenous Peoples Day.

In Edmonton, the Thousand Faces Festival will present a broadcast of Rocko and Nakota: Tales From the Land, written and performed by Anishinaabe playwright Josh Languedoc. The play, which will be streamed to classrooms across the province and for the public on Facebook Live, follows 11-year-old Nakota and his grandfather, Rocko (Languedoc plays both characters), sharing Indigenous tales and lore.

"I am honoured to be presenting my solo show on National Indigenous Peoples Day," says Languedoc, who is currently a masters candidate in the University of Alberta's theatre practices program. "It is important that my people have a place in the landscape of theatre and I am happy to honour my community and my ancestors by sharing this story."

After touring the show across Canada for two years, L'UniThéâtre also recently commissioned a French translation of the play, a reading of which will be streamed for free on June 26.

A full day of arts and entertainment is planned at the Edmonton Downtown Farmers Market on June 19 care of the Indigenous Artist Market Collective, including performances and sales by local artists, and live street art with Lance Cardinal (plus food trucks!). The Edmonton Indigenous People's Festival is also going live online from 6-8pm with musical performances, cultural demonstrations, and a special message from Edmonton Oilers player Ethan Bear. 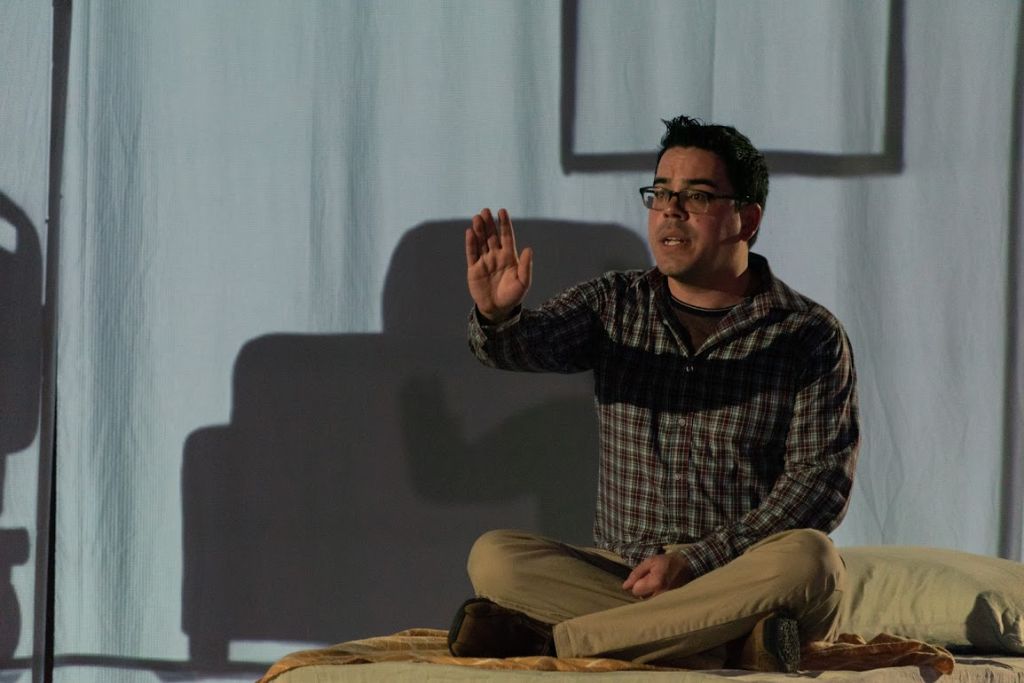 Josh Languedoc stars as both titular characters in his solo show, Rocko and Nakota: Tales from the Land. (Thousand Faces Festival)

On June 21, a new documentary, From Earth to Sky, will premiere on TVO. The film celebrates a collective of Indigenous people who have seen success in the world of architecture, and features Saddle Lake First Nation architect and professor Wanda Dalla Costa. Following the TVO premiere, the film will be available to stream nation-wide.

Also on June 21, OMNI Television will show Shumka's 2018 stage production of Ancestors & Elders, which explored the connections and divergences in the experiences of Indigenous people and Ukrainian immigrant communities. Across Canada the Kontakt Ukrainian Television Network will run the award-winning documentary film Dancing on Eggshells: The Making of Shumka's Ancestors & Elders.