City council's executive committee will consider a recommendation from administration at its meeting on June 28 that the City of Edmonton sell two buildings at the Edmonton Research Park it acquired as part of the restructuring of the former Edmonton Economic Development Corporation (EEDC).

The first, a 41,000 square foot building known as Research Centre One (RC1), currently has 10 tenants with 44% of available space vacant. Administration estimates the building, which was constructed in 1983 and is in "fair" condition, requires an estimated $8.71 million in repairs and renovations, none of which has been approved.

The second and more well-known building, the Advanced Technology Centre (ATC), has 23 tenants with 46% of available space vacant. The 41,500 square foot building, constructed in 1988, features a unique design that results in just 21,600 square feet of space being usable. The building is also in "fair" condition but administration estimates necessary repairs and renovations at $23.52 million, about half of which is already approved in the current budget cycle.

All tenants pay market rates with revenue for 2021 forecast to be $665,095. Last year, operating costs totalled $901,752, with the difference coming from the tax levy.

Continued ownership of the two buildings "is a challenge in the constrained economic environment the City is facing in 2021," administration said in its report. 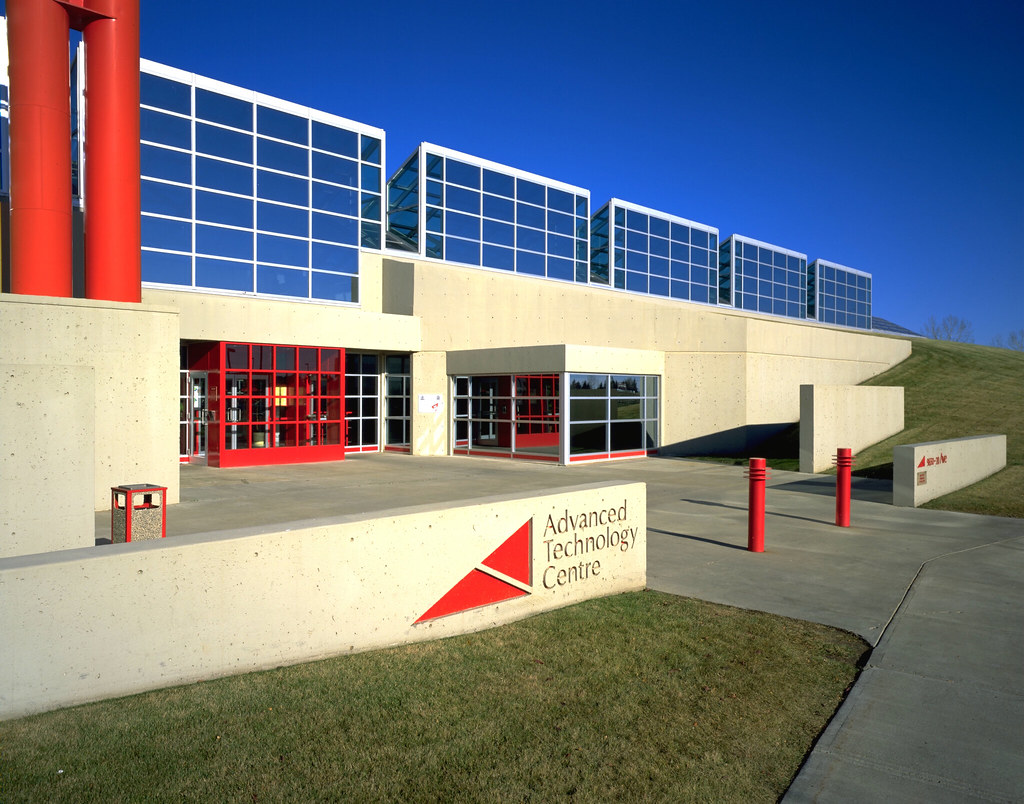 The Advanced Technology Centre, built in 1988 and located at 9650 20 Avenue NW, features a unique design that significantly reduces the usable space. (EEDC/Flickr)

The buildings were previously managed by EEDC and a little over a decade ago were considered a key part of a burgeoning biotechnology cluster in Edmonton. The organization's vice-president of technology advancement even had her office there at one point. With the establishment of TEC Edmonton at Enterprise Square in 2007 and Startup Edmonton in the Mercer Warehouse a few years later, attention shifted downtown. Though the ATC continues to house a number of growing tech companies, including Clinisys, IMBiotechnologies, Nanoprecise, SciMed Technologies, and Yardly, the city's new innovation entity does not plan to focus on the Edmonton Research Park.

Catherine Warren, CEO of the new Innovate Edmonton, said in a letter to administration that her organization's envisioned priorities "do not include the provision of building operations or property management activities for these specific properties at this time."

Administration said it "believes there would be market interest in these two buildings if the city were to make them publicly available." If sold, the buildings are expected to generate approximately $158,000 annually in property tax revenue. Projected revenue from the sale of the two buildings is being kept private.

If the recommendation is approved, administration would not undertake any further renewal work on the buildings which would open up $11.2 million in approved funding for allocation to other capital projects.

There are 16 other buildings at the Edmonton Research Park which features a restrictive covenant to ensure only research activities take place.