The founder of Canadian Filaments Inc. has been recognized with a youth entrepreneur award from Futurpreneur's RBC Rock My Business Start-Up Awards. The awards, which aim to encourage a more diverse entrepreneurial ecosystem in Canada, came just in time for Alex Neumeyer, who is preparing to launch the company later this month.

Neumeyer, 23, told Taproot that Canadian Filaments will be the first company in Alberta to manufacture 3D printing filament. He is aiming to sell high-quality material at competitive prices on a wholesale basis to retail companies, educational institutions, and the City of Edmonton. There will also be an e-commerce site offering products to 3D printing hobbyists across Canada.

When Neumeyer initially came up with the idea to start the company, all filaments available in Canada were being imported from China. He was unhappy with "how expensive, low-quality, and unsustainable" the filament he could access was.

"Having to ship tons of one-kilogram boxes of plastic across the globe for use in Canada is not ideal and creates a carbon footprint that can be greatly reduced by just manufacturing locally," he explained.

Neumeyer is in the midst of running filament through "hundreds of hours of tests" to ensure it's ready for launch. He said he will use the $10,000 Futurpreneur prize to pay for electrical issues he's had, as well as research into additives to improve his products and advertising to reach potential customers. 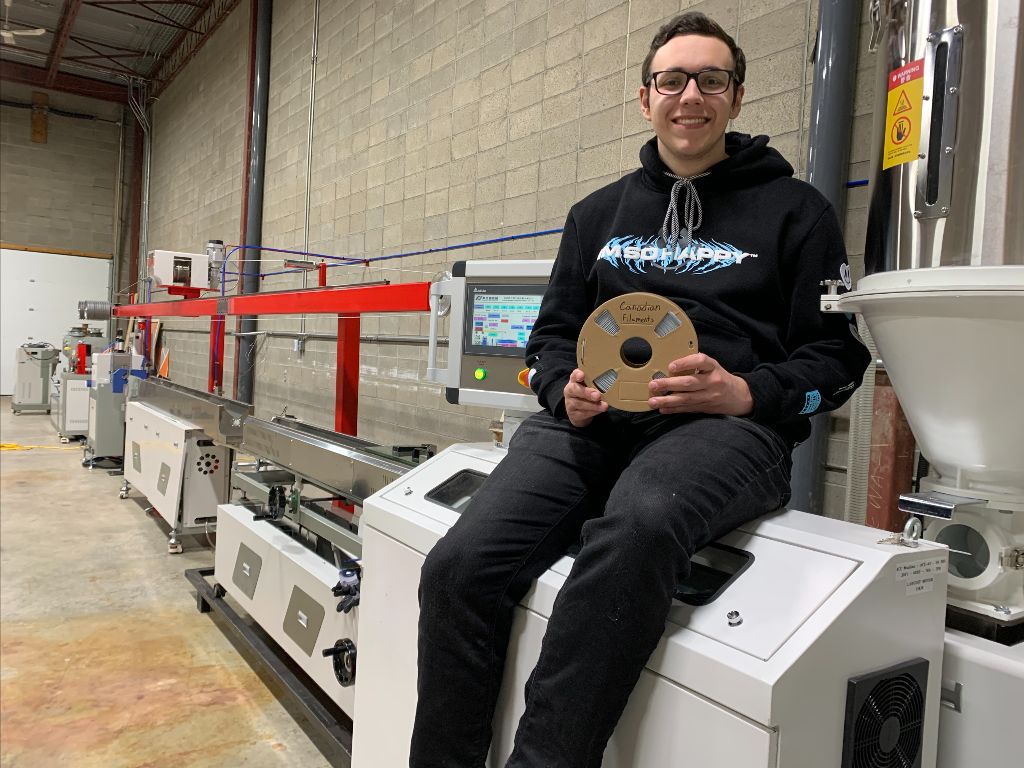 Alex Neumeyer is in the midst of running filament through "hundreds of hours of tests" to ensure it's ready for launch. (Supplied)

3D printing has grown in popularity in recent years, with Edmonton Public Library offering the service and classes out of its Makerspace, and some Albertans who helped make face shields and ear relief straps during the COVID-19 pandemic.