The Edmonton company that started out washing the dirty diapers of young baby boomers and grew into Canada's largest laundry and linen processor now has a long-sought but bitterly opposed deal with Alberta Health Services to provide laundry services province-wide.

K-Bro Linen has signed a new 11-year contract with AHS, with renewal options for up to an additional nine years, which adds to the two-thirds of linen services already provided by the Edmonton-based company. Shifting all work to plants in Edmonton and Calgary will add the Calgary zone, South zone, Central zone, and North zone by April 1, 2022, AHS said in a news release.

"We expect incremental annual revenue of approximately $10 million, and margins on that revenue to be consistent with K-Bro's historical margins," said K-Bro CEO Linda McCurdy in a news release. One-time transition costs, including $10 million for new linen carts and additional equipment, will lower margins until mid-2022.

AHS expects job cuts of 334 full-time, part-time, and casual employees from contracting the work to K-Bro and said the move will save the province's health system $38 million in upgrades to existing facilities or $100 million to build new capacity across the province.

The Alberta Union of Provincial Employees (AUPE) criticized the impact of the plan on workers and patients and warned closing regional facilities will hurt smaller Alberta communities.

"(Government officials) talk about a strategy to help small businesses recover from the pandemic and this is certainly not a way to do it — to cut jobs from the rural communities who are going to need these people to shop in their communities to help support small business," AUPE vice-president Kevin Barry told the Edmonton Journal. 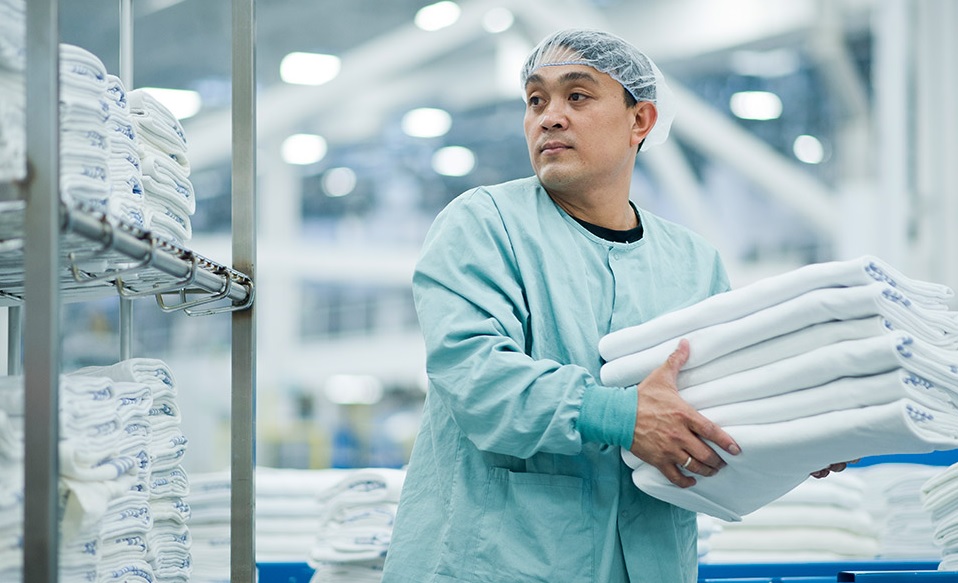 K-Bro has been at the centre of battles over outsourcing since the Ralph Klein era, when a plan to outsource work at Calgary hospitals to the company sparked wildcat strikes in 1995 and forced a temporary retreat by the premier. K-Bro would later win contracts for Edmonton and Calgary but services outside the province's two biggest cities continued to be provided by public sector workers. In 2016, premier Rachel Notley blocked a new plan launched by former premier Jim Prentice to privatize all laundry services.

The company has faced union opposition across the country as it grew to a 2,100-worker operation with processing facilities in Victoria, Vancouver, Calgary, Edmonton, Regina, Toronto, Montreal, and Quebec City and clients in healthcare and the hospitality industry. The publicly-traded company is now worth more than $460 million and reported net earnings of $5 million on $47 million in revenue for Q1. Second quarter results are out Aug. 5.

The three-person management team led by McCurdy has decades with the company and the rarely interviewed CEO was named a Top 40 Under 40 winner in 2006 by Report on Business magazine. Board directors include Mike Percy, former dean of the Alberta School of Business and chief of staff under Prentice.

The company dates back to 1954 when the Kinasewich brothers started Stork Diaper Services in Edmonton, picking up a pail of dirty diapers each week from the home of new parents and dropping off fresh linens, an industry that saw its "golden age" between 1950 and 1965 because of surging population growth during the baby boom and before advances in disposable diapers began to shift consumer demand.