Samdesk has been awarded a contract by Transport for London (TfL) to provide notifications about emerging disruptions to the transportation network in London, U.K., enabling staff to respond to incidents more quickly.

"We're excited by the trust they have placed in us," James Neufeld, CEO of Samdesk, told Taproot. "It means we are being battle-tested for mission critical applications."

The two-year contract is in the "high six figures" Neufeld said, adding that size of deal is "becoming the new norm" for the company which has contracts with many defence departments and is in talks with other emergency response organizations around the globe.

Samdesk's solution uses artificial intelligence and real-time public data such as social media posts to detect potential disruptions to the transportation network. A six-month pilot with TfL focused on the surface network for buses and now the solution will be deployed across TfL's entire network, helping to detect disruptions to the Underground too, such as platform overcrowding.

Initially, Samdesk's solution will be deployed as a separate app in TfL's operations centre. Staff will also have access to the mobile app and email alerts. Eventually, Neufeld said the company hopes to better integrate into TfL's systems which would offer the potential for automated action based on alerts.

Neufeld said the solution had a big impact during the pilot. In one instance, Samdesk detected a fire that ultimately affected 23 bus routes and was able to alert TfL a full hour before its traditional alerts picked up the incident. That speed of response will enable TfL to take proactive measures to prevent buses from getting caught up in the disruption. 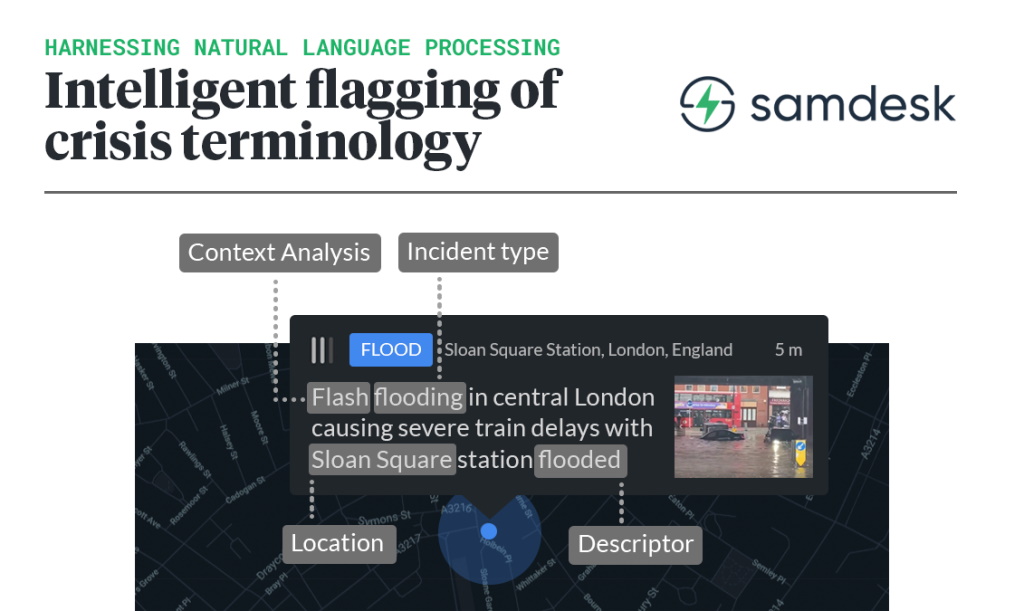 Samdesk was one of nine startups that participated in TfL's RoadLab innovation challenge, launched in 2019 to help improve access to innovative solutions. Each company was paid £20,000 to participate in the program.

"It's a testament to how seriously they take it," Neufeld said.

Samdesk was one of only two startups awarded a contract after the pilot phase. U.K.-based Immense, which offers data-driven digital replicas, was the other.

Neufeld said the RoadLab program was a great experience.

"Governments often struggle to bring in startups as normally procurement is very geared toward large organizations," Neufeld said. "It turns out we can be massively helpful and I don't think we would have even gotten in the door to demonstrate our value without the program."

Samdesk has a long-term goal to reach billions of people through its platform, and Neufeld said this contract will help them execute that mission.

"Having the TfL logo among our customers certainly opens up other doors. It means a lot, it's hugely valuable to us."