"What the government chooses to do clearly is up to them but the business community is open to any and all discussions relating to any sort of platform that can get this economy back on track," Jeffrey Sundquist, CEO of the Edmonton Chamber of Commerce, told CBC's Edmonton AM.

In an interview with CTV News, Sundquist said his main concern is getting tourists back to Edmonton. "The visitor economy is exceptionally important for the Edmonton metropolitan region. Whether it is sporting events, conventions, these things all require confident consumers, businesses, and promoters so we can get people back in market."

The Calgary Chamber of Commerce also backed a passport system after the Quebec provincial government announced details of a plan scheduled to start in September to access non-essential services. "It's all about keeping people safe, keeping clients, guests, and patrons safe. It's also about making sure that we keep our economy open, and we're not faced with another lockdown," CEO Deborah Yedlin told Global News.

Manitoba already has a digital immunization card available but provinces are divided on whether they would be open to using a vaccine passport within their borders or handing over data necessary to make domestic use a possibility. Global News received a one-word answer – no – from Alberta when it surveyed all provinces. 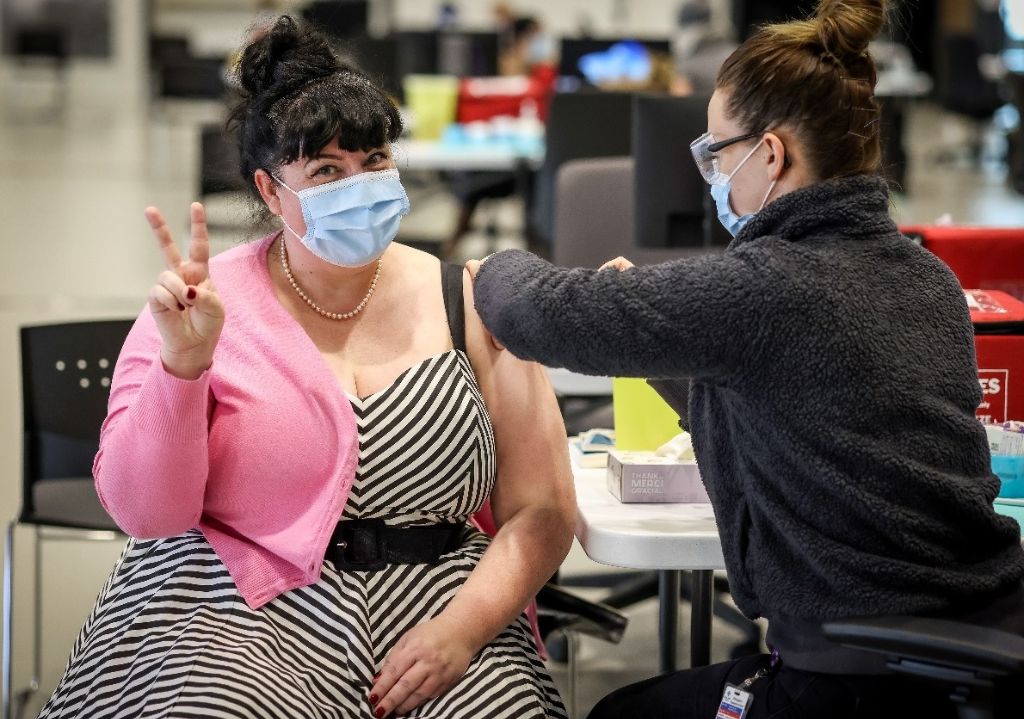 "We've been very clear from the beginning that we will not facilitate or accept vaccine passports," Kenney told reporters in July, citing concerns about potential violations of privacy legislation. A spokesperson for the premier said on Aug. 12 there has been no change in stance on the issue.

Alberta's chief medical officer Dr. Deena Hinshaw has said people receive a paper copy of their record when vaccinated and can access the information online through MyHealth Records.

While the Winnipeg Jets have advised fans coming to home games they must be vaccinated, the Edmonton Oilers told CityNews they are exploring all possibilities to get fans back in Rogers Place while consulting with the league and province.

Live Nation Canada announced it will soon require ticket holders to show proof of vaccination or a negative COVID-19 test before getting into its concerts. The event promoter, whose upcoming shows include Celine Dion at Rogers Place next spring, told Canadian Press that the company will enforce those rules at "as many shows as possible" in Canada.